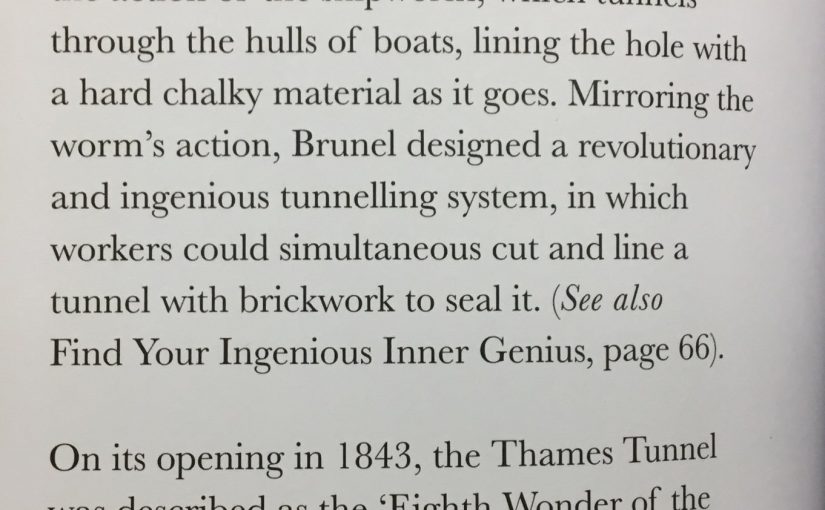 Engineer Marc Isambard Brunel, (father of the more famous Isambard Kingdom Brunel) discovered the perfect method for tunnelling through mud and clay to build the Thames Tunnel under London by observing the action of the shipworm, which tunnels through the hulls of boats, lining the hold with a hard chalky material as it goes. Mirroring the worm’s action, Brunel designed a revolutionary and ingenious tunnelling system, in which workers could simultaneous cut and line a tunnel with brickwork to seal it.

On its opening in 1843, the Thames Tunnel was described as the ‘Eight Wonder of the World’, and Brunel’s shipworm system is the basis of tunnelling methods still used today — a version of it was used in the construction of the 50- kilometre (31-mile) Channel Tunnel, built 40 metres (130 feet) below the seabed.

Excerpt from How to Have Great Ideas: A Guide to Creative Thinking and Problem Solving by John Ingledew