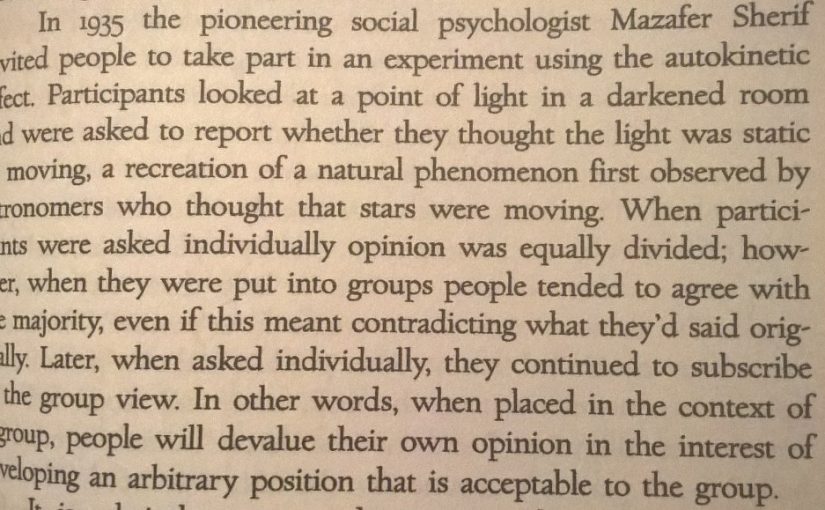 In 1935 the pioneering social psychologist Mazafer Sherif invited people to take part in an experiment using the autokinetic effect. Participants looked at a point of light in a darkened room and were asked to report whether they thought the light was static or moving, a recreation of a natural phenomenon first observed by astronomers who thought that stars were moving. When participants were asked individually opinion was equally divided; however, when they were put into groups people tended to agree with the majority, even if this meant contradicting what they’d said originally. Later, when asked individually, they continued to subscribe to the group view. In other words, when placed in the context of a group, people will devalue their own opinion in the interest of developing an arbitrary position that is acceptable to the group.

Excerpt from: Consumerology: The Truth about Consumers and the Psychology of Shopping by Philip Graves