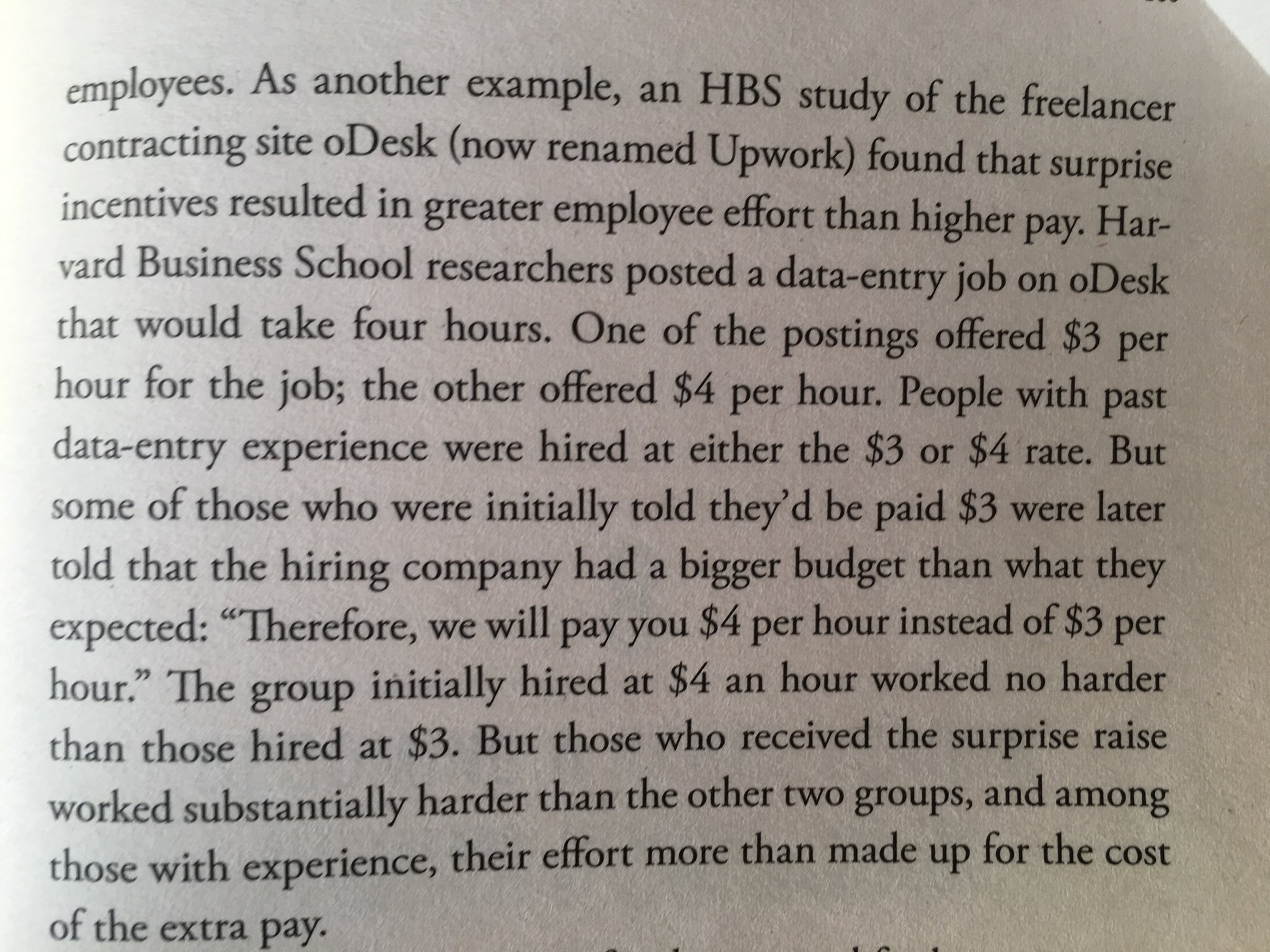 As another example, an HBS study of the freelancer contracting site oDesk (now renamed Upwork) found that surprise incentives resulted in greater employee effort than higher pay. Harvard Business School researchers posted a data-entry job on oDesk that would take four hours. One of the postings offered $3 per hour fo the job; the other offered $4 per hour. People with past data-entry experience were hired at either the $3 or $4 rate. But some of those who were initially told they’d be paid $3 were later told that the hiring company had a bigger budget than what they expected: “Therefore, we will pay you $4 per hours instead of $3 per hour.” The group initially hired at $4 an hour worked no harder than this hired at $3. But those who received the surprise raise worked substantially harder than the other two groups, and among those with experience, their effort more than made up for the cost of the extra pay.