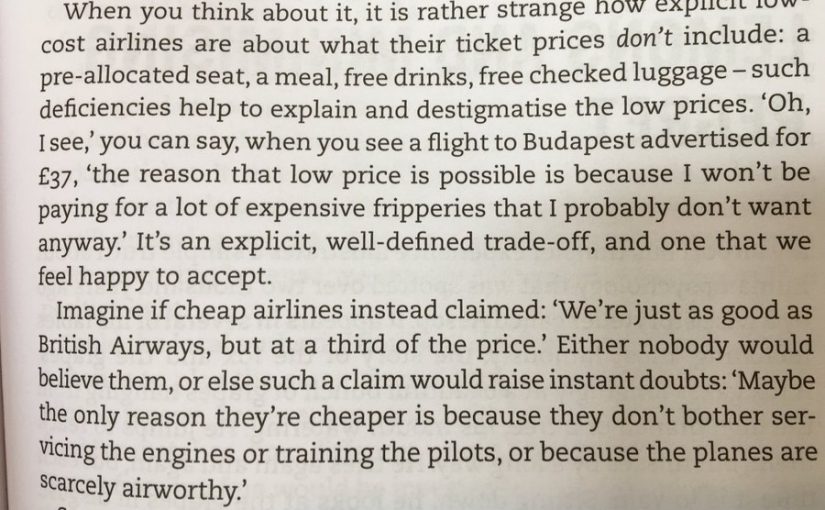 When you think about it, it is rather strange how explicit low-cost airline are about what their ticket prices don’t include: a pre-allocated seat, a meal, free drinks, free checked luggage – such deficiencies help to explain and destigmatise the low prices. ‘Oh, I see,’ you can say, when you see a flight to Budapest advertised for £37, ‘the reason that low price is possible is because I won’t be paying for a lot of expensive fripperies that I probably don’t want anyway.’ It’s an explicit, well-defined trade-off, and one that we feel happy to accept.

Imagine if cheap airlines instead claimed: ‘We’re just a good as British Airways, but at a third of the price.’ Either nobody would believe them, or else such a claim would raise instant doubts. ‘Maybe the only reason they’re cheaper is because they don’t bother servicing the engines or training the pilots, or because the planes are scarcely airworthy.’