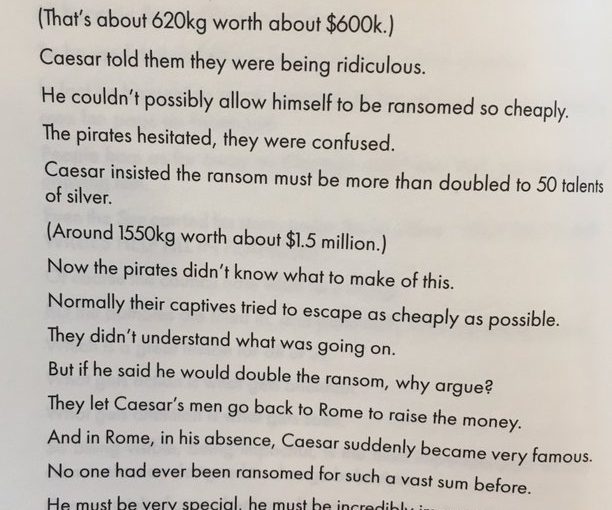 Sailing across the Aegean Sea he was captured by Sicilian pirates.

They demanded a ransom: 20 talents of silver.

Caesar told them they were being ridiculous.

He couldn’t possibly allow himself to be ransomed so cheaply.

The pirates hesitated, the were confused.

Caesar insisted the ransom must be more than doubled to 50 talents of silver.

Now the pirated didn’t know what to make of this.

Normally their captives tried to escape as cheaply as possible.

They didn’t understand what was going on.

But if he said he would double the ransom, why argue?

They let Caesar’s men go back to Rome to raise the money.

And in Rome, in his absence, Caesar suddenly became very famous.

No one had ever been ransomed for such a vast sum before.

That ransom demand put Julius Caesar on the political map.

He had just invented the Veblen effect.