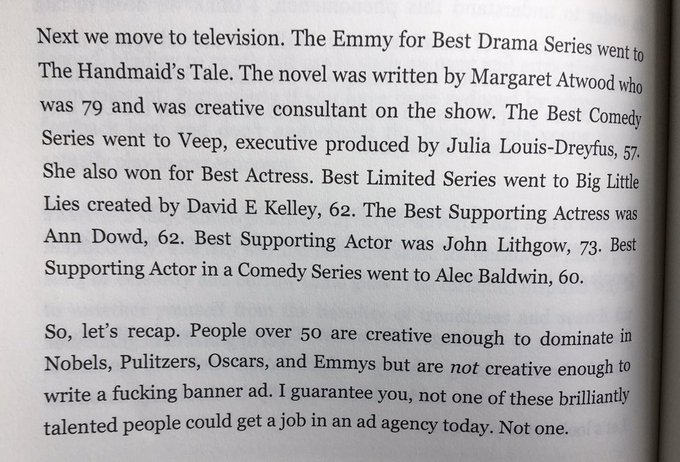 We’ll start with the Nobel Prize. There is only one Nobel Prize in a creative field. It is the prize for Literature. It went to Kazuo Ishiguro who is 64.

So, let’s recap. People over 50 are creative enough to dominate in Nobels, Pulitzers, Oscars, and Emmys but are not creative enough to write a fucking banner ad. I guarantee you, not one of these brilliantly talented people could get a job in an ad agency today. Not one.

Excerpt from: Advertising for Skeptics by Bob Hoffman