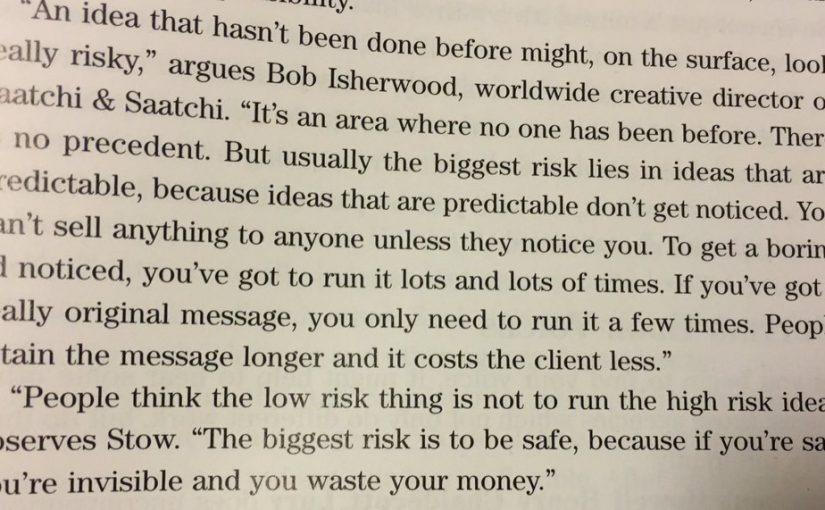 “An idea that hasn’t been done before might, on the surface, look really risky,” argues Bob Isherwood, worldwide creative director of Saatchi & Saatchi. “It’s an area where no one has been before. There is no precedent. But usually the biggest risk lies in ideas that are predictable, because ideas that are predictable don’t get noticed. You can’t sell anything to anyone unless they notice you. To get a boring ad noticed, you’ve got to run it lots and lots of times. If you’ve got a really original message, you only need to run it a few times. People retain the message longer and it costs the client less.”

“People think the low risk thing is not to run the high risk idea, observes Stow. “The biggest risk is to be safe, because if you’re safe you’re invisible and you waste your money.”

Excerpt from: Cutting Edge Advertising: How to Create the World’s Best Print for Brands in the 21st Century by Jim Aitchison