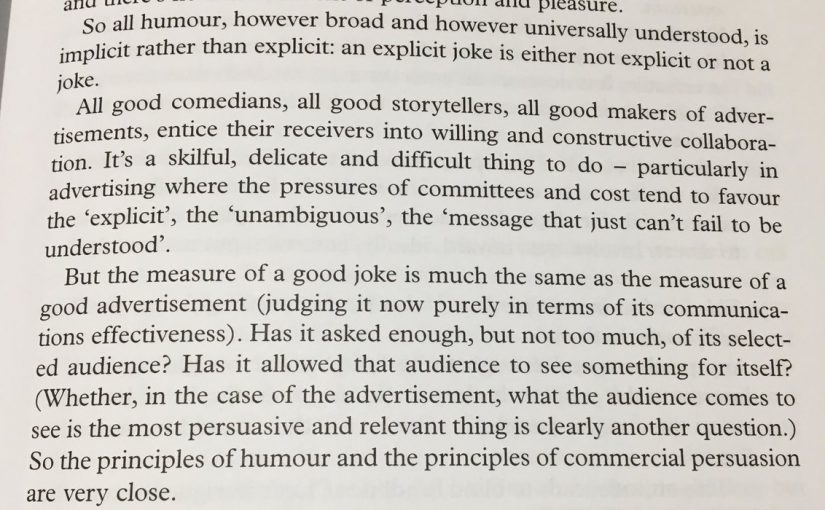 So all humour, however broad and however universally understood, is implicit rather than explicit: an explicit joke is either not explicit or not a joke.

All good comedians, all good storytellers, all good makers of advertisements, entice their receivers into willing and constructive collaboration It’s a skilful, delicate and difficult thing to do – particularly in advertising where the pressures of committees and cost tend to favour the ‘explicit, the ‘unambiguous’, the ‘message that just can’t fail to be understood.

But the measure of a good joke is much the same as the measure of a good advertisement (judging it now purely in terms of its communications effectiveness). Has it asked enough, but not too much, of its selected audience? Has it allowed that audience to see something for itself? (Whether, in the case of the advertisement, what the audience comes to see is the most persuasive and relevant thing is clearly another question.) So the principles of humour and the principles of commercial persuasion are very close.