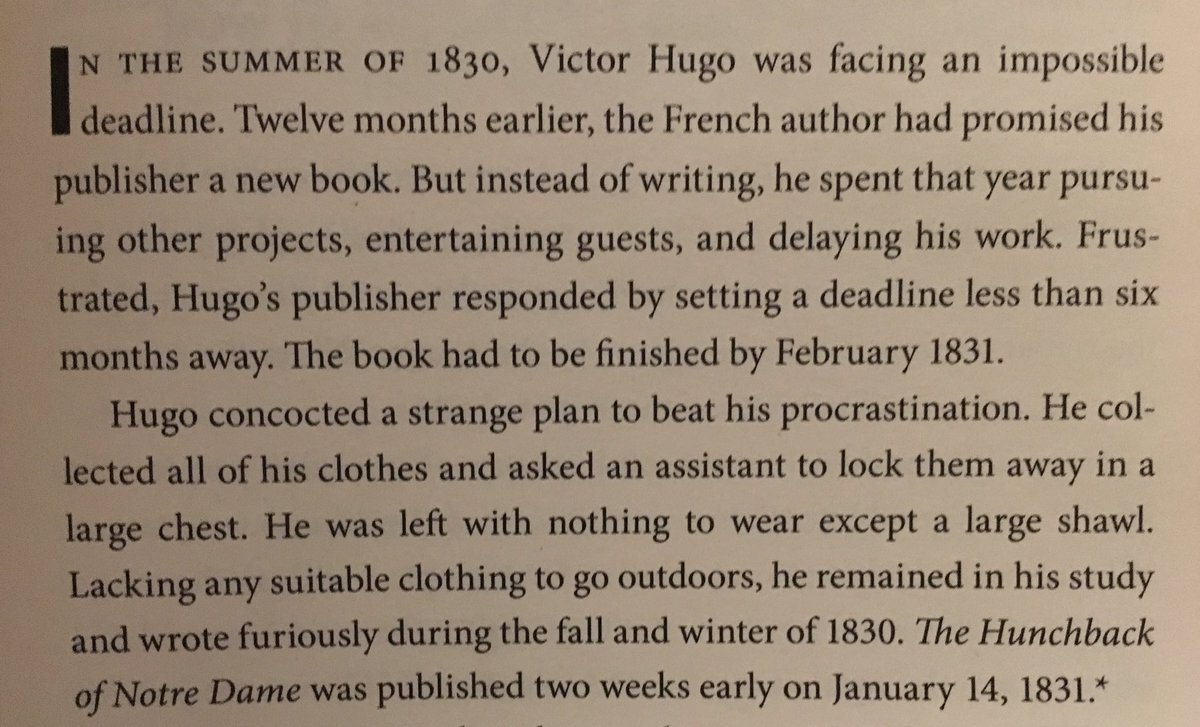 In the summer of 1830, Victor Hugo was facing an impossible deadline. Twelve months earlier, the French author had promised his publisher a new book. But instead of writing, he spent that year pursuing other projects, entertaining guests, and delaying his work. Frustrated, Hugo’s publisher responded by setting a deadline less than six months away. The book had to be finished by February 1831.

Hugo concocted a strange plan to beat his procrastination. He collected all of his clothes and asked an assistant to lock them away in a large chest. He was left with nothing to wear except a large shawl. Lacking any suitable clothing to go outdoors, he remained in his study and wrote furiously during the fall and winter of 1830. The Hunchback of Notre Dame was published two weeks early on January 14, 1831.