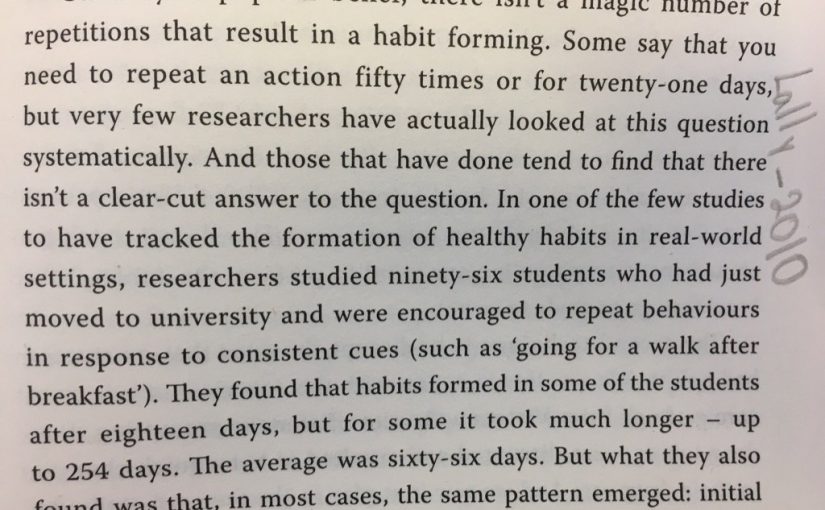 Contrary to popular belief, there isn’t a magic number of repetitions that result in a habit forming. Some say that you need to repeat an action fifty times or for twenty-one days, but very few researchers have actually looked at this question systematically. And those that have done tend to find that there isn’t a clear-cut answer to the question. In one of the few studies to have tracked the formation of healthy habits in real-world settings, researchers studied ninety-six students who had just moved to university and were encouraged to repeat behaviours in response to consistent cues (such as ‘going for a walk after breakfast’). They found that habits formed in some of the students after eighteen days, but for some it took much longer – up to 254 days. The average was sixty-six days.