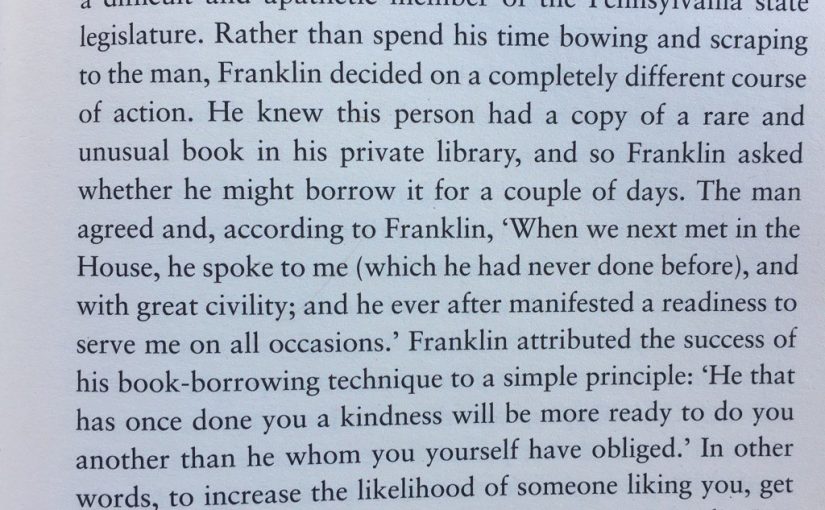 Eighteenth-century American polymath and politician Benjamin Franklin was once eager to gain the cooperation of a difficult and apathetic member of the Pennsylvania state legislature. Rather than spend his time bowing and scraping to the man, Franklin decided on a completely different course of action. He knew this person had a copy of a rare and unusual book in his private library, and so Franklin asked whether he might borrow it for a couple of days. The man agreed and, according to Franklin, ‘When we next met in the House, he spoke to me (which he had never done before), and with great civility; and he ever after manifested a readiness to serve me on all occasions.’ Franklin attributed the success of his book-borrowing technique to a simple principle: ‘He that has once done you a kindness will be more ready to do you another than he whom you yourself have obliged.’ In other words, to increase the likelihood of someone liking you, get them to do you a favour. A century later, Russian novelist Leo Tolstoy appeared to agree: ‘We do not love people so much for the good they have done us, as for the good we do them.’