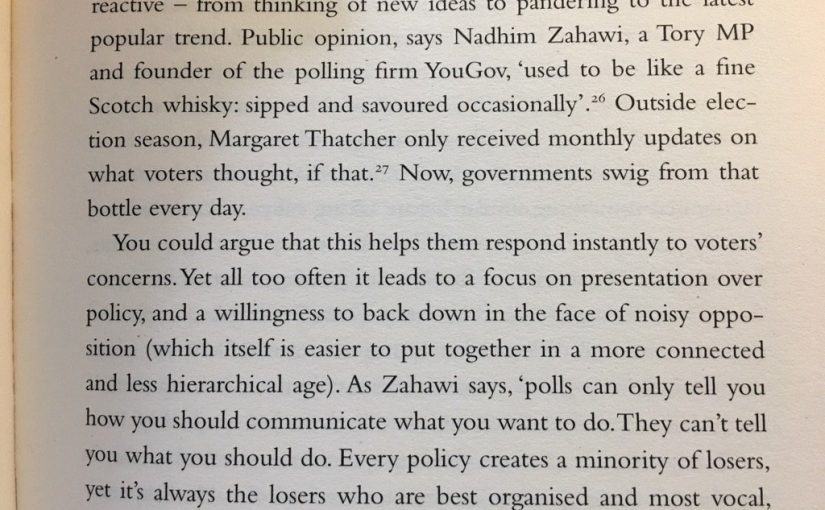 As a consequence, government too often moves from active to reactive — from thinking of new ideas to pandering to the latest popular trend. Public opinion, says Nadhim Zahawi, a Tory MP and founder of the polling firm YouGov, ‘used to be like a fine Scotch whisky: sipped and savoured occasionally’. Outside election season, Margaret Thatcher only received monthly updates on what voters thought, if that. Now, governments swig from that bottle every day.

You could argue that this helps them respond instantly to voters’ concerns. Yet all too often it leads to a focus on presentation over policy, and a willingness to back down in the face of noisy opposition (which itself is easier to put together in a more connected and less hierarchical age). As Zahawi says, ‘polls can only tell you how you should communicate what you want to do. They can’t tell you what you should do. Every policy creates a minority of losers, yet always the losers who are best organised and most vocal, particularly in an online arena.’

Excerpt from: The Great Acceleration: How the World is Getting Faster, Faster by Robert Colvile