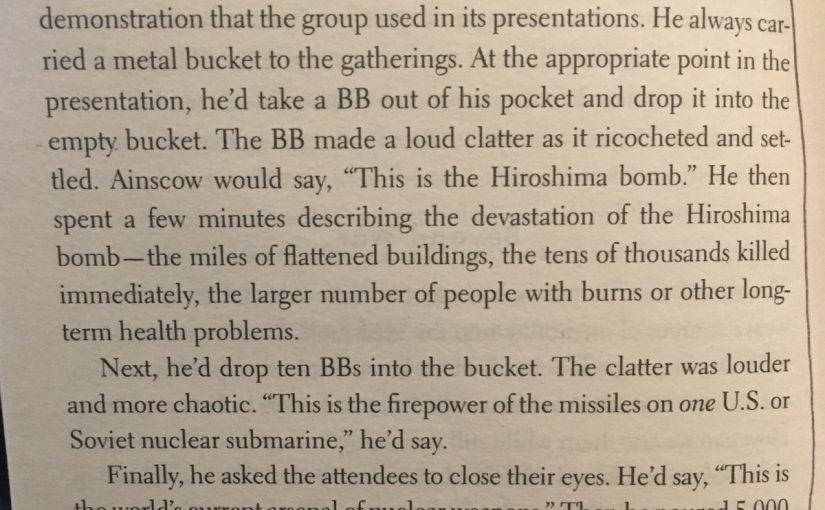 Beyond War would arrange “house parties,” in which a host family invited a group of friends and neighbors over, along with a Beyond War representative to speak to them. Ainscow recounts a simple demonstration that the group used in its presentations. He always carried a metal bucket to the gatherings. At the appropriate point in the presentation, he’d take a BB out of his pocked and drip it into the empty bucket. The BB made a loud clatter as it ricocheted and settled. Ainscow would say, “This is the Hiroshima bomb.” He then spent a few minutes describing the devastation of the Hiroshima bomb — the miles of flattened buildings, the tens of thousands killed immediately, the larger number of people with burns or other long-term health problems.