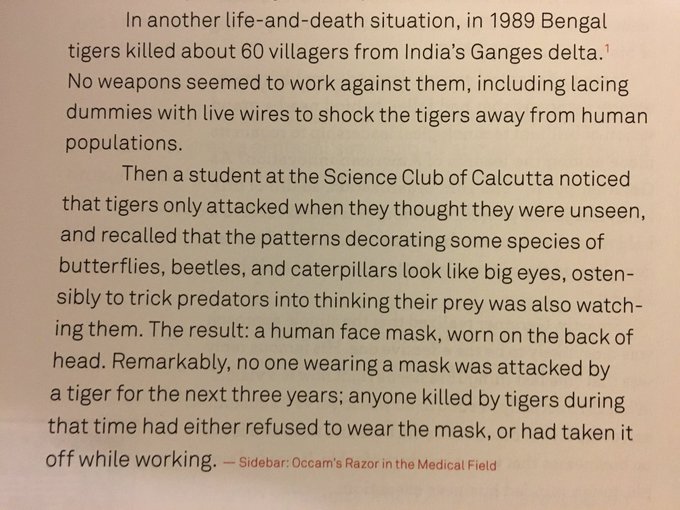 In another life-and-death situation, in 1989 Bengal tigers killed about 60 villagers from India’s Ganges delta. No weapons seemed to work against them, including lacing dummies with live wires to shock the tigers away from human populations.

Then a student at the Science Club of Calcutta noticed that tigers only attacked when they thought they were unseen, and recalled that the patterns decorating some species of butterflies, beetles, and caterpillars look like big eyes, ostensibly to trick predators into thinking their prey was also watching them. The result: a human face mask, worn on the back of head. Remarkably, no one wearing a mask was attacked by a tiger for the next three years; anyone killed by tigers during that time had either refused to wear the mask, or had taken it off while working. — sidebar: Occam’s Razor in the Medical field