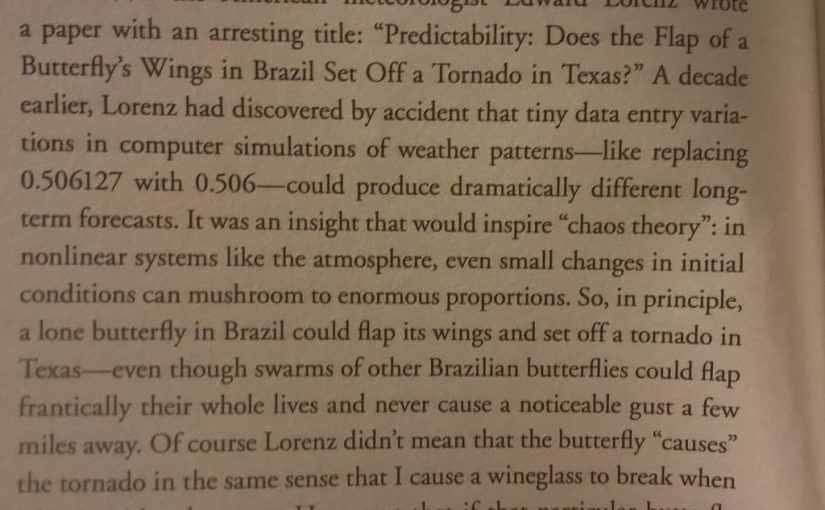 In 1972 the American meteorologist Edward Lorenz wrote a paper with an arresting title: “Predictability: Does the Flap of a Butterfly’s Wings in Brazil Set Off a Tornado in Texas?” A decade earlier, Lorenz had discovered by accident that tiny data entry variations in computer simulations of weather patterns—like replacing 0.506127 with 0.506—could produce dramatically different longterm forecasts. It was an insight that would inspire “chaos theory”: in nonlinear systems like the atmosphere, even small changes in initial conditions can mushroom to enormous proportions. So, in principle, a lone butterfly in Brazil could flap its wings and set off a tornado in Texas even though swarms of other Brazilian butterflies could flap frantically their whole lives and never cause a noticeable gust a few miles away. Of course Lorenz didn’t mean that the butterfly “causes” the tornado in the same sense that I cause a wineglass to break when I hit it with a hammer.

Excerpt from: Superforecasting: The Art and Science of Prediction