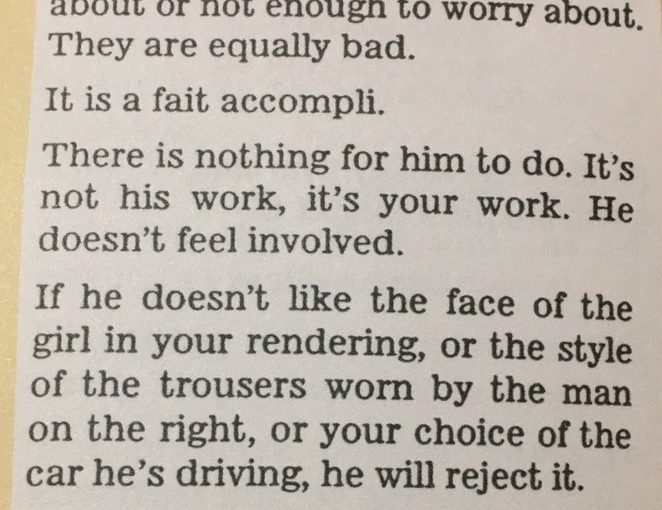 It is a fair accompli.

There is nothing for him to do. It’s not his work, it’s your work. He doesn’t feel involved.

If he doesn’t like the face of the girl in your rendering, or the style of the trousers worn by the man on the right, or your choice of the car he’s driving, he will reject it.

He won’t see the big idea. He will look at the girl’s face and thing, ‘I don’t like her, this doesn’t feel right.’

It is very difficult for him to imagine anything else if what you show him has such detail.

Show the client a scribble.

Explain it to him, talk him through it, let him use his imagination.

Because you haven’t shown the exact way it’s going to be, there’s scope to intercept it and develop and change as you progress.

Work with him rather than confronting him with your idea.