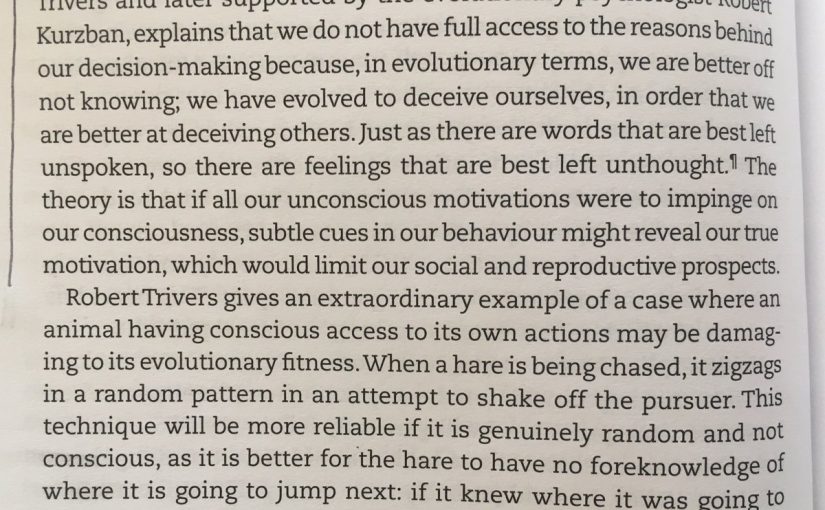 A fascinating theory, first proposed by the evolutionary biologist Robert Trivers and later supported by the evolutionary psychologist Robert Kurzban, explains that we do not have full access to the reasons behind our decision-making because, in evolutionary terms, we are better off not knowing; we have evolved to deceive ourselves, in order that we are better at deceiving others. Just as there are words that are best left unspoken, so there are feelings that are best left unthought. The theory is that if all our unconscious motivations were to impinge on our consciousness, subtle cues in our behaviour might reveal our true motivation, which would limit our social and reproductive prospects.

Robert Trivers gives an extraordinary example of a case where an animal having conscious access to its own actions may be damaging to its evolutionary fitness. When a hare is being chased, it zigzags in a random pattern in an attempt to shake off the pursuer. This technique will be more reliable if it is genuinely random and not conscious, as it is better for the hare to have no foreknowledge of where it is going to jump next: if it knew where it was going to jump next, its posture might reveal clues to its pursuer. Over time, dogs would learn to anticipate these cues – with fatal consequences.