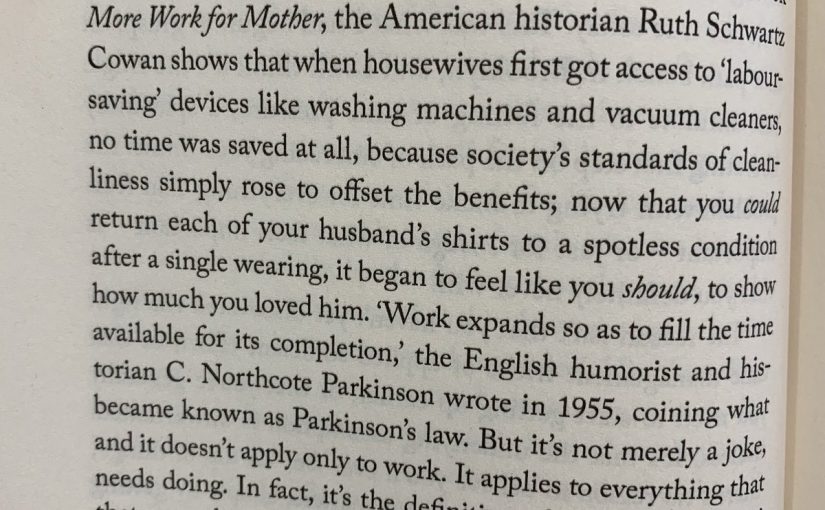 The same goes for chores: in her book More Work for Mother, the American historian Ruth Schwarty Cowan shows that when housewives first got access to ‘laboursaving’ devices like washing machines and vacuum cleaners, no time was saved at all, because society’s standards of cleanliness simply rose to offset the benefits; now that you could return each of your husband’s shirts to a spotless condition after a single wearing, it began to feel like you should, to show how much you loved him. Work expands so as to fill the time available for its completion, the English humorist and historian C. Northcote Parkinson wrote in 1955, coining w became known as Parkinson’s law. But it’s not merely a joke and it doesn’t apply only to work. It applies to everything that needs doing. In fact, it’s the definition of what needs doing that expands to fill the time available.