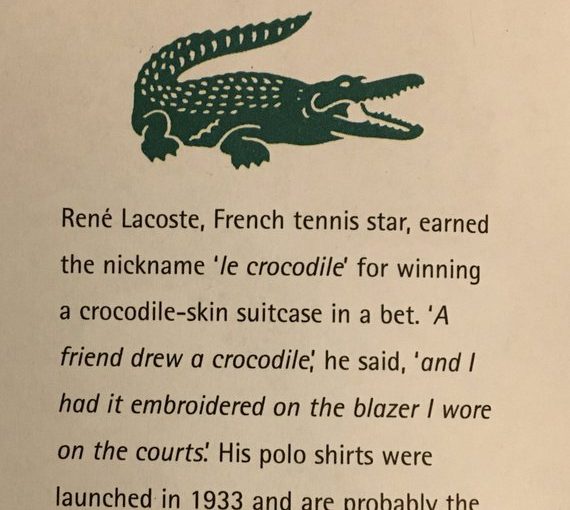 René Lacoste, French tennis star, earned the nickname ‘le crocodile’ for winning a crocodile-skin suitcase in a bet. ‘A friend drew a crocodile’, he said, ‘and / had it embroidered on the blazer / wore on the courts!’ His polo shirts were launched in 1933 and are probably the first example of sportswear as fashion.

Excerpt from: The Art of Looking Sideways by Alan Fletcher