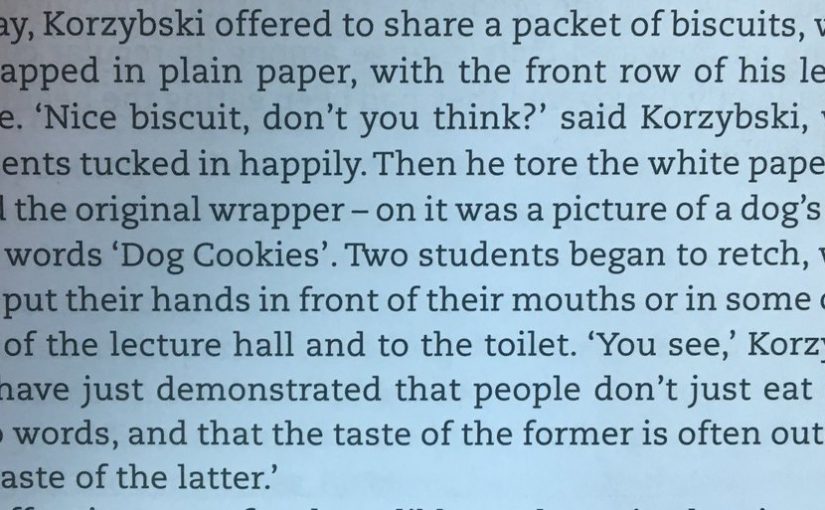 One day, Korzybski offered to share a packet of biscuits, which were wrapped in plain paper, with the font row of his lecture audience. ‘Nice biscuit, don’t you think?’ said Korzybski, while the students tucked in happily. Then he tore the white paper and revealed the original wrapper – on it was a picture of a dog’s head and the words ‘Dog Cookies’. Two students began to retch, while the rest put their hands in front of their mouths or in some cases ran out of the lecture hall to the toilet. ‘You see,’ Korzybski said, ‘I have just demonstrated that people don’t just eat food, but also words, and that the taste of the former is often outdone by the taste of the latter.’