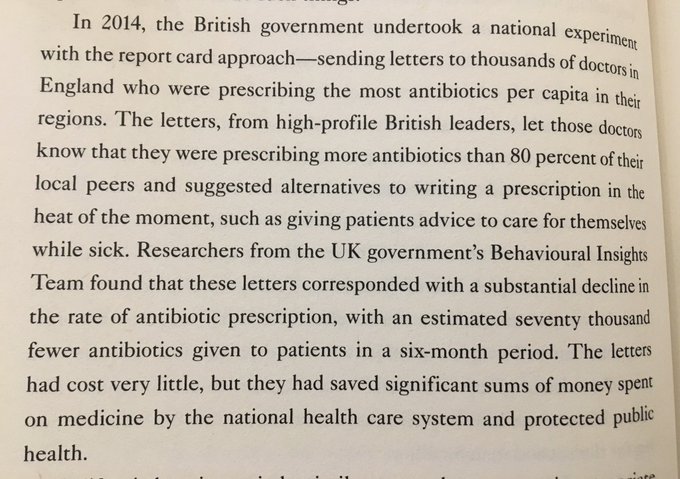 In 2014, the British government undertook a national experiment with the report card approach-sending letters to thousands of doctors in England who were prescribing the most antibiotics per capita in their regions. The letters, from high-profile British leaders, let those doctors know that they were prescribing more antibiotics than 80 percent of their local peers and suggested alternatives to writing a prescription in the heat of the moment, such as giving patients advice to care for themselves while sick. Researchers from the UK government’s Behavioural Insights Team found that these letters corresponded with a substantial decline in the rate of antibiotic prescription, with an estimated seventy thousand fewer antibiotics given to patients in a six-month period. The letters had cost very little, but they had saved significant sums of money spent on medicine by the national health care system and protected public health.

Excerpt from: The Optimist’s Telescope: Thinking Ahead in a Reckless Age by Bina Venkataraman