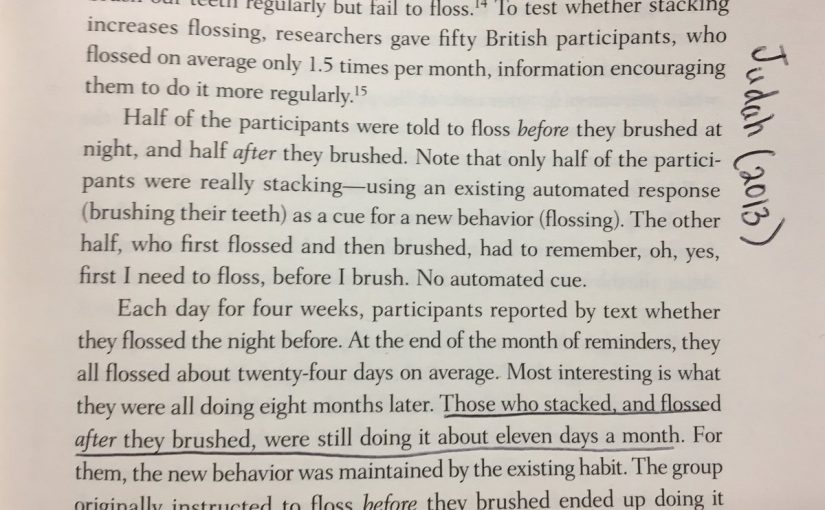 In evidence that stacking works, consider dental floss. Many of us clean our teeth regularly but fail to floss. To test whether stacking increases flossing, researchers gave fifty British participants, who flossed on average only 1.5 times per month, information encourage them to do it more regularly.

Half of the participants were told to floss before they brushed at night, and half after they brushed. Note that only half of the participants were really stacking-using an existing automated response (brushing their teeth) as a cue for a new behavior (flossing). The other half, who first flossed and then brushed, had to remember, oh, yes, first I need to floss, before I brush. No automated cue.

Each day for four weeks, participants reported by text whether they flossed the night before. At the end of the month of reminders, they all flossed about twenty-four days on average. Most interesting is what they were all doing eight months later. Those who stacked, and flossed after they brushed, were still doing it about eleven days a month. For them, the new behavior was maintained by the existing habit. The group originally instructed to floss before they brushed ended up doing it only about once a week.