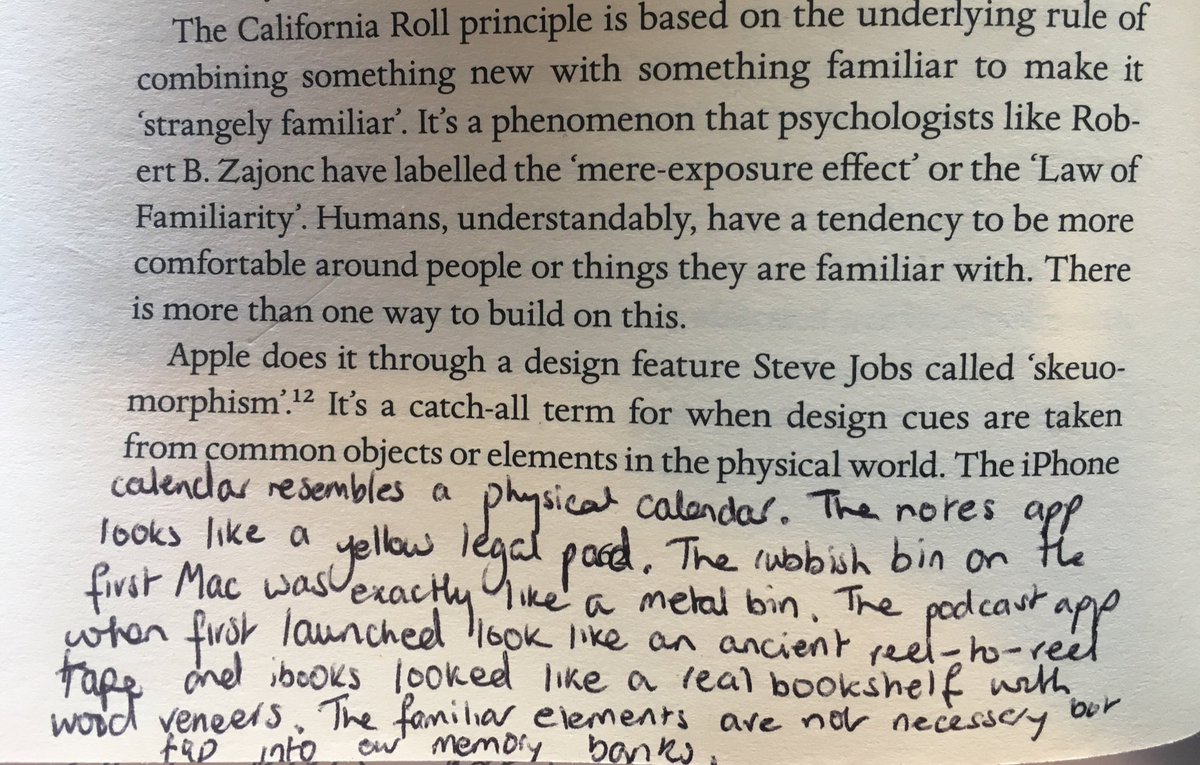 The California Roll principle is based on the underlying rule of combining something new with something familiar to make it ‘strangely familiar’. It’s a phenomenon that psychologists like Robert B. Zejonc have labelled the ‘mere-exposure effect’ or the ‘Law of Familiarity’. Humans, understandably, have a tendency to be more comfortable around people and things they are familiar with. There is more than one way to build on this.

Apple does it though a design feature Steve Jobs called ‘skeuomorphism’. It’s a catch-all term for when design cues are taken from common objects or elements in the physical world. The iPhone calendar resembles a physical calendar. The notes app looks like a yellow legal pad. The rubbish bin on the first Mac was exactly like a metal bin. The podcast app when first launched looked like an ancient reel-to-teel tape and iBook looked like a real bookshelf with wood veneers. The familiar elements are not necessary but tap into our memory banks.