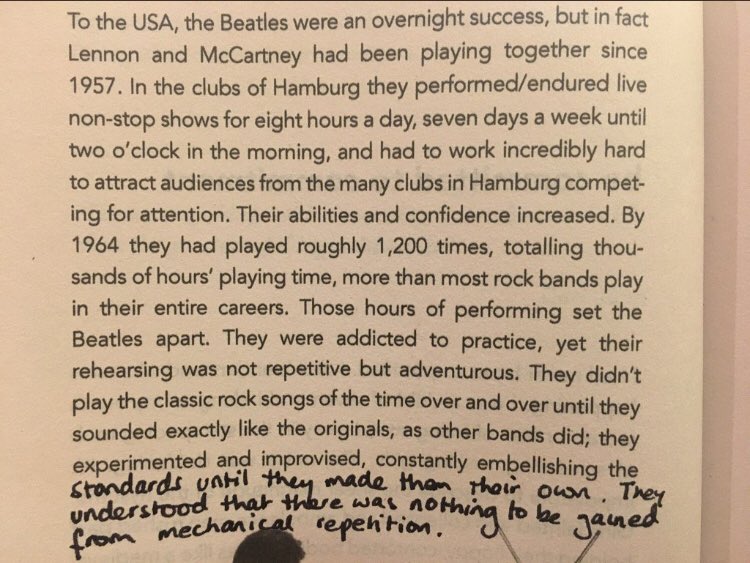 To the USA, the Beatles were an overnight success, but in fact Lennon and McCartney had been playing together since 1957. In the clubs of Hamburg they performed/endured live non-stop shows for eight hours a day, seven days a week until two o’clock in the morning, and had to work incredibly hard to attract audiences from the many clubs in Hamburg competing for attention. Their abilities and confidence increased. By 1964 they had played roughly 1,200 times, totalling thousands of hours’ playing time, more than most rock bands play there entire careers. Those hours performing set the Beatles apart. They were addicted to practice, yet their rehearsing was not repetitive but adventurous. They didn’t play the classic rock songs of the time over and over until they sounded exactly like the originals, as other bands did; they experimented and improvised, constantly embellishing the standards until they made them their own. They understood there was nothing to be gained from mechanical reputation.

Excerpt from; The Art of Creative Thinking: 89 Ways to See Things Differently by Rod Judkins