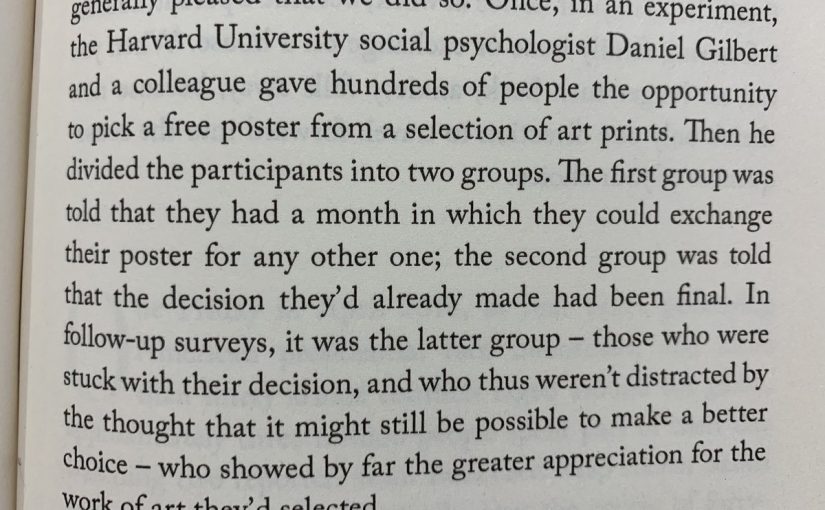 Once, in an experiment, the Harvard University social psychologist Daniel Gilbert and a colleague gave hundreds of people the opportunity to pick a free poster from a selection of art prints. Then he divided the participants into two groups. The first group was told that they had a month in which they could exchange their poster for any other one; the second group was told that the decision they’d already made had been final. In follow-up surveys, it was the latter group — those who were stuck with their decision, and who thus weren’t distracted by the thought that it might still be possible to make a better choice — who showed by far the greater appreciation for the work of art they’d selected.