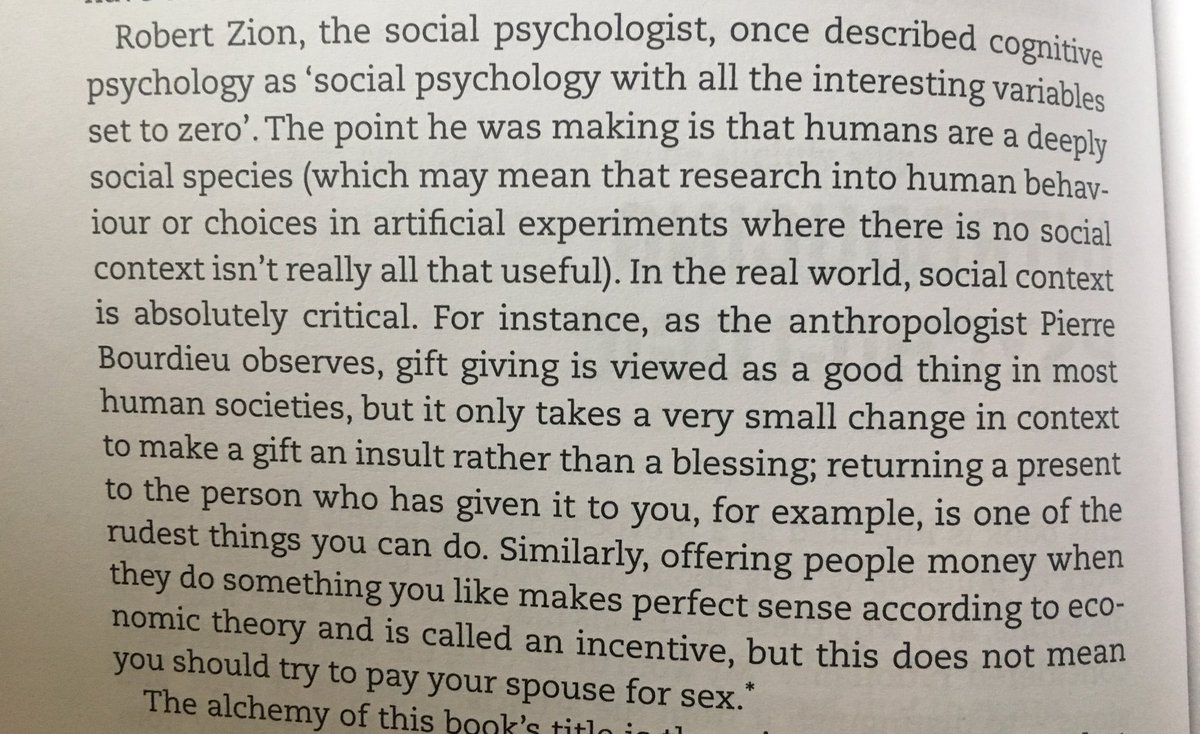 Robert Zion, the social psychologist, once described cognitive psychology as ‘social psychology with all the interesting variables set to zero’. The point he was making is that humans are a deeply social species (which may mean that research into human behaviour or choices in artificial experiments where there is no social contest isn’t really all that useful). In the real work, social context is absolutely critical. For instance, as the anthropologist Pierre Bourdieu observes, gift giving is viewed as a good thing in most human societies, but it only takes a very small change in context to make a gift an insult rather than a blessing; returning a present to the person who has given it to you, for example, is one of the rudest things you can do. Similarly, offering people money when they do something you like makes perfect sense according to economic theory and is called an incentive, but this does not mean you should try and pay your spouse for sex.