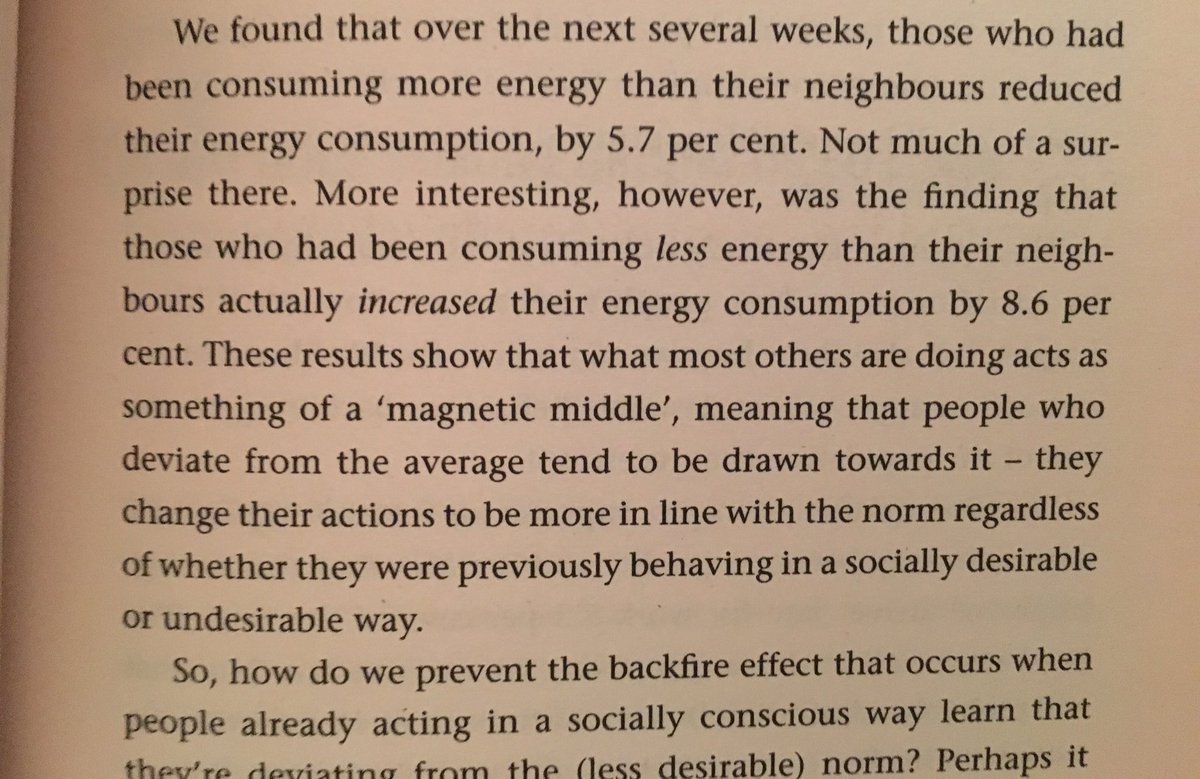 We found that over the next several weeks, those who had been consuming more energy than their neighbours reduced their energy consumption, by 5.7 per cent. Not much of a surprise there. More interesting, however, was the finding that those who had been consuming less energy than their neighbours actually increased their energy consumption by 88.6 per cent. These results show that what most others are doing acts as something of a “magnetic middle”, meaning that people who deviate from the average tend to be drawn towards it – they change their actions to be more in line with the norm regardless of whether they were previously behaving in a socially desirable or undesirable way.