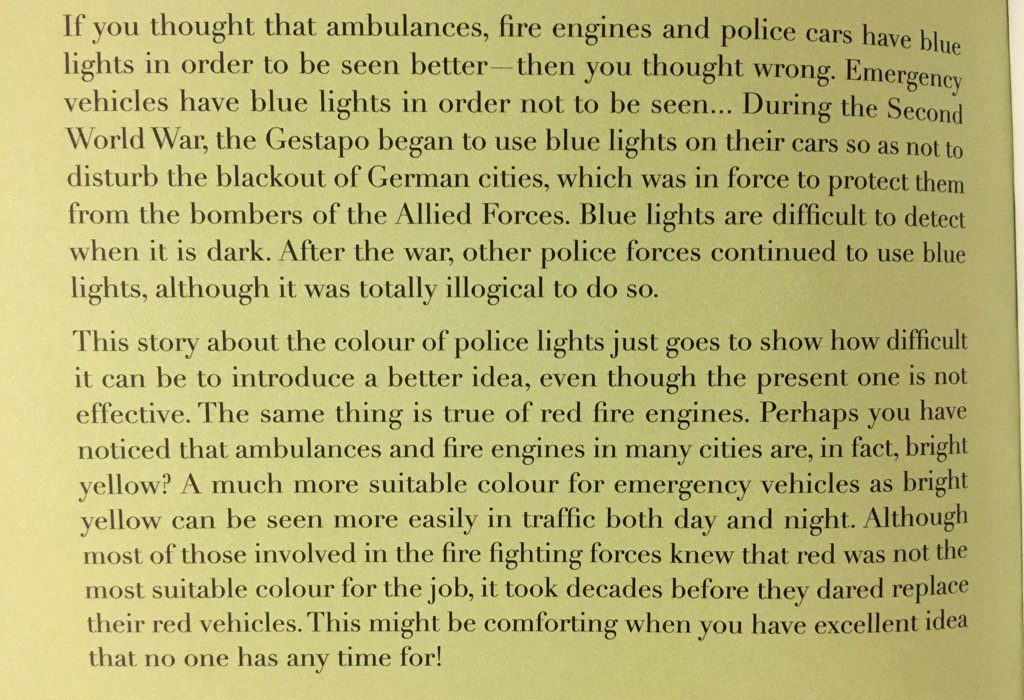 If you thought that ambulances, fire engines and police cars have blue lights in order to be seen better — then you thought wrong. Emergency vehicles have blue lights in order not to be seen…. During the Second World War, the Gestapo began to use blue lights on their cars so as not to disturb the blackout of German cities, which was in force to protect them from the bombers of the Allied Forces. Blue lights are difficult to detect when it is dark. After the war, other police forces continued to use blue lights, although it was totally illogical to do so.

This story about the colour of police lights just goes to show how difficult it can be to introduce a better idea, even though the present one is not effective. The same thing is true of red fire engines. Perhaps you have noticed that ambulances and fire engines in many cites are, in fact, bright yellow? A much more suitable colour for emergency vehicles as bright yellow can be seen more easily in traffic both day and night. Although most of those involved in the fire fighting forces knew that red was not the most suitable colour for the job, it took decades before they dared replace their red vehicles. This might be comforting when you have an excellent idea that no one has any time for!

Excerpt from: The Idea Book by Fredrik Härén