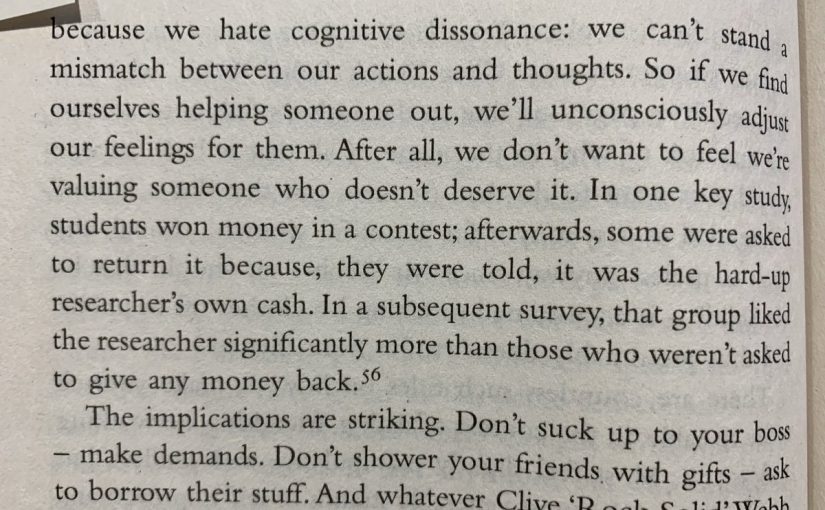 because we hate cognitive dissonance: we can’t stand a mismatch between our actions and thoughts. So if we find ourselves helping someone out, we’ll unconsciously adjust our feelings for them. After all, we don’t want to feel we’re valuing someone who doesn’t deserve it. In one key study, students won money in a contest; afterwards, some were asked to return it because, they were told, it was the hard-up researcher’s own cash. In a subsequent survey, that group liked the researcher significantly more than those who weren’t asked to give any money back.

The implications are striking. Don’t suck up to your boss – make demands. Don’t shower your friends with gifts – ask to borrow their stuff.