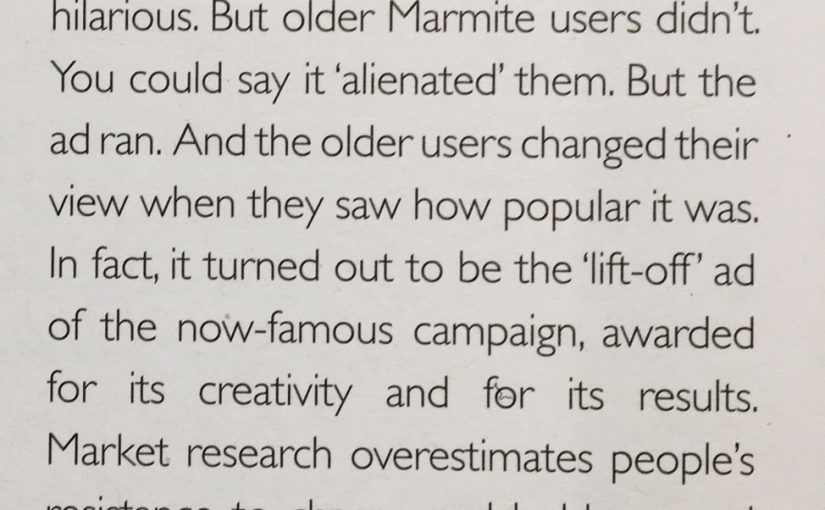 Early in the ‘Love/Hate’ Marmite campaign, an ad showed a couple on a first date going back ‘for coffee’. After eating toast and Marmite in the kitchen, the girl returns to the sofa. They kiss. Her boyfriend retches violently at the Marmite taste.

Most people in research thought it was hilarious. But older Marmite users didn’t. You could say it ‘alienated them. But the ad ran. And the older users changed their view when they saw how popular it was. In fact, it turned out to be the ‘lift-off’ ad of the now-famous campaign, awarded for its creativity and for its results. Market research overestimates people’s resistance to change and boldness, and underestimates ‘herd effects’.

Alienation worry isn’t just wrong, it’s also dangerous. Because it can kill the bold, penetration-gaining ideas that you need for brand growth. So relax: it’s actually quite hard to win friends and alienate people.