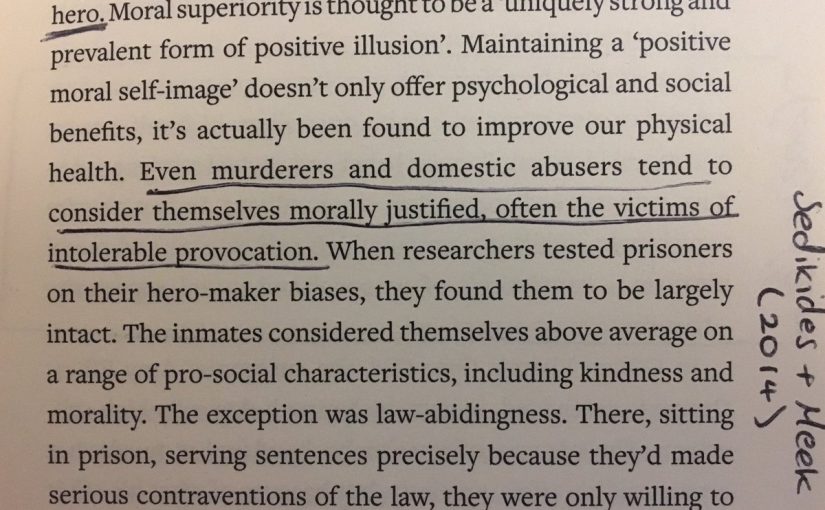 Everyone who’s psychologically normal thinks they’re the hero. Moral superiority is thought to be a ʻuniquely strong and prevalent form of positive illusion’. Maintaining a positive moral self-image’ doesn’t only offer psychological and social benefits, it’s actually been found to improve our physical health. Even murderers and domestic abusers tend to consider themselves morally justified, often the victims of intolerable provocation. When researchers tested prisoners on their hero-maker biases, they found them to be largely intact. The inmates considered themselves above average on a range of pro-social characteristics, including kindness and morality. The exception was law-abidingness. There, sitting in prison, serving sentences precisely because they’d made serious contraventions of the law, they were only willing to concede that, on law-abidingness, they scored about average.