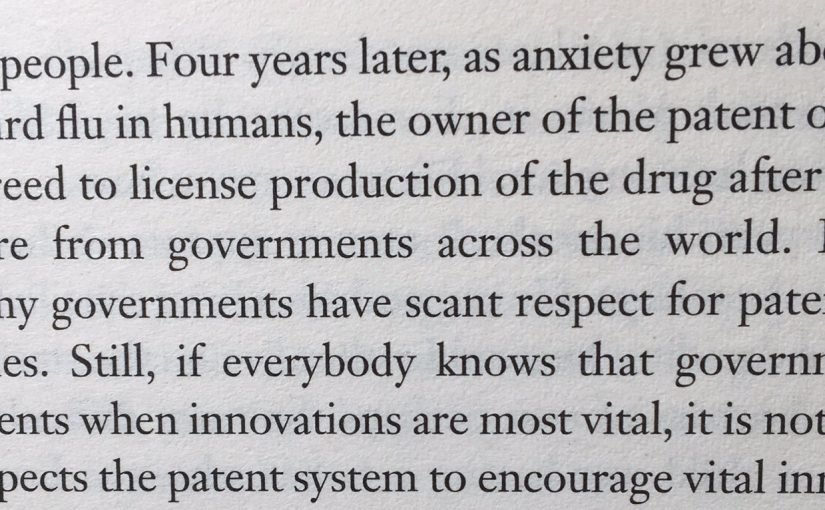 A second, ironic, problem is that companies fear that if they produce a truly vital technology, governments will lean on them to relinquish their patent rights or slash prices. This was the fate of Bayer, the manufacturer of the anthrax treatment Cipro, when an unknown terrorist began mailing anthrax spores in late 2001, killing five people. Four years later, as anxiety grew about an epidemic of bird flu in humans, the owner of the patent on Tamiflu, Roche, agreed to license production of the drug after very similar pressure from governments across the world. It is quite obvious why governments have scant respect for patients in true emergencies. Still, if everybody knows that governments will ignore patents when innovations are most vital, it is not clear why anyone expects the patent system to encourage vital innovations.

Excerpt from: Adapt: Why Success Always Starts with Failure by Tim Harford