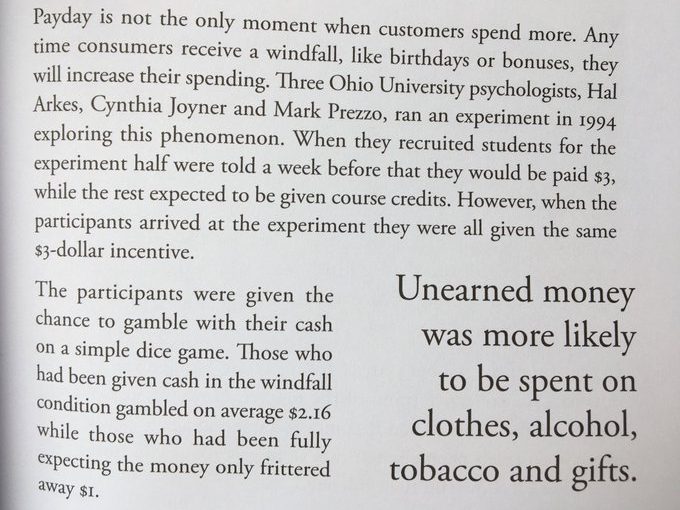 Payday is not the only moment when customers spend more. Any time consumers receive a windfall, like birthdays or bonuses, they will increase their spending. Three Ohio University psychologists, Hal Arkes, Cynthia Joyner and Mark Prezzo, ran an experiment in 1994 exploring this phenomenon. When they recruited students for the experiment half were told a week before that they would be paid $3, while the rest expected to be given course credits. However, when the participants arrived at the experiment they were all given the same $3-dollar incentive.

The participants were given the chance to gamble with their cash on a simple dice game. Those who had been given cash in the windfall condition gambled on average $2.16 while those who had been fully expecting the money only frittered away $1.