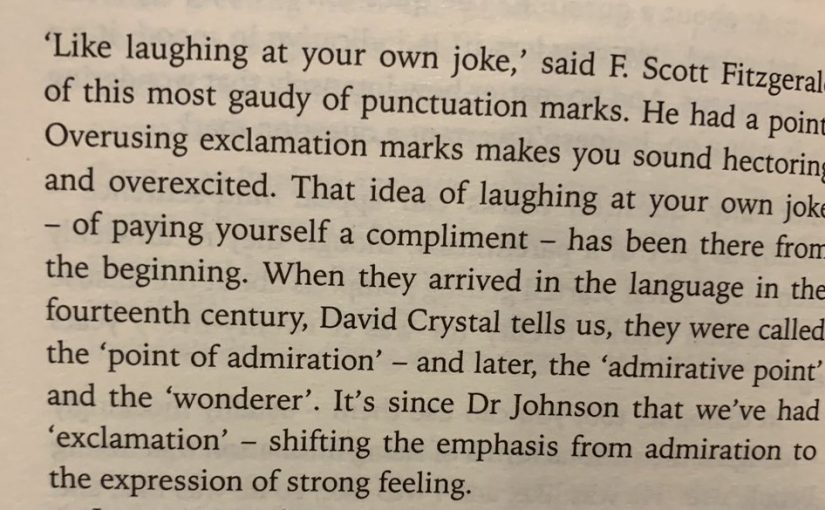 ‘Like laughing at your own joke,’ said F. Scott Fitzgerald of this most gaudy of punctuation marks. He had a point. Overusing exclamation marks makes you sound hectoring and overexcited. That idea of laughing at your own joke – of paying yourself a compliment – has been there from the beginning. When they arrived in the language in the fourteenth century, David Crystal tells us, they were called the ‘point of admiration’ – and later, the ‘admirative point’ and the ‘wonderer’. It’s since Dr Johnson that we’ve had ‘exclamation’ – shifting the emphasis from admiration to the expression of strong feeling.

Excerpt from: Write to the Point: How to be Clear, Correct and Persuasive on the Page by Sam Leith