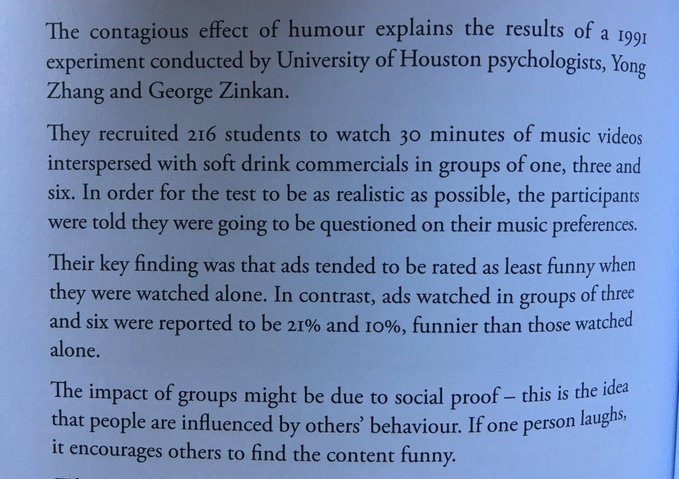 The contagious effect of humour explains the results of a 1991 experiment conducted by University of Houston psychologists, Yong Zhang and George Zinkan.

They recruited 216 students to watch 30 minutes of music videos interspersed with soft drink commercials in groups of one, three and six. In order for the test to be as realistic as possible, the participants were told they were going to be questioned on their music preferences.

Their key finding was that ads tended to be rated as least funny when they were watched alone. In contrast, ads watched in groups of three and six were reported to be 21% and 10%, funnier than those watched alone.

The impact of groups might be due to social proof – this is the idea that people are influenced by others’ behaviour. If one person laughs, it encourages others to find the content funny.