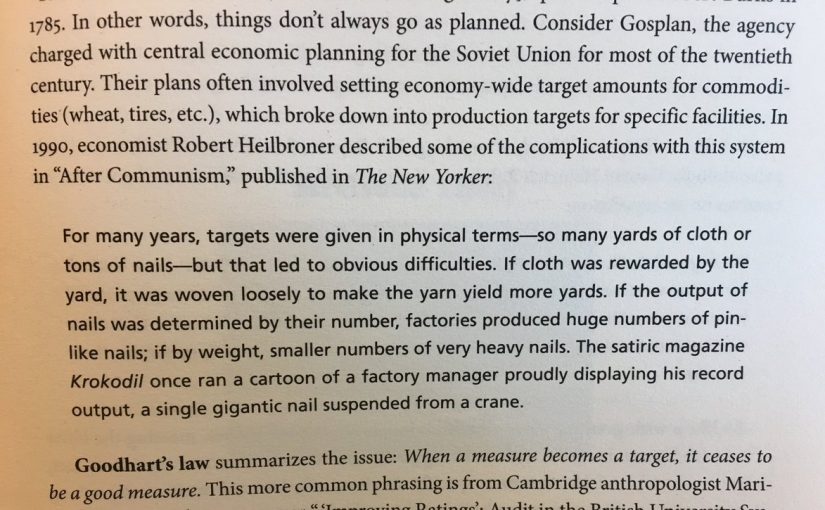 Consider Gosplan, the agency charged with central economic planning for the Soviet Union for most of the twentieth century. Their plans often involved setting economy-wide target amounts for commodities (wheat, tires, etc.), which broke down into production targets for specific facilities. In 1990, economist Robert Heilbroner described some of the complications with this system in “After Communism,” published in The New Yorker.

For many years, targets were given in physical terms — so many yards of cloth or tons of nails — but this lead to obvious difficulties. If cloth was reqarded by the yard, it was woven loosely to make the yarn yield more yards. If the output of nails was determined by their number, factories produced huge numbers of pin like nails; if by weight, smaller numbers of very heavy nails. The satiric magazine Krokodil once ran a cartoon of a factory manager proudly displaying his record output, a sing gigantic nail suspended from a crane.

Goodhart’s law summarizes the issue: When a measure becomes a target, it ceases to be a good measure.