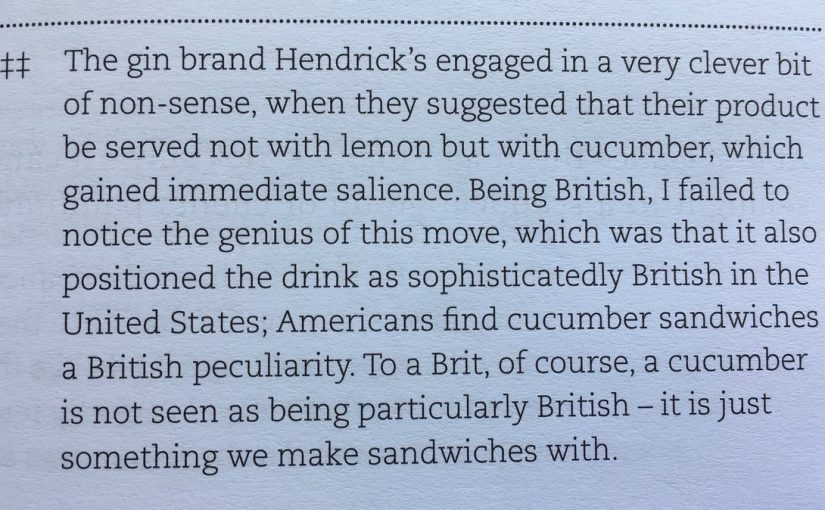 The gin brand Hendrick’s engaged in a very clever bit of non-sense, when they suggested that their product be served not with lemon but with cucumber, which gained immediate salience. Being British, I failed to notice the genius of this move, which was that it also positioned the drink as sophisticatedly British in the United States; Americans find cucumber sandwiches a British peculiarity. To a Brit, of course, a cucumber is not seen as being particularly British – it is just something we make sandwiches with.