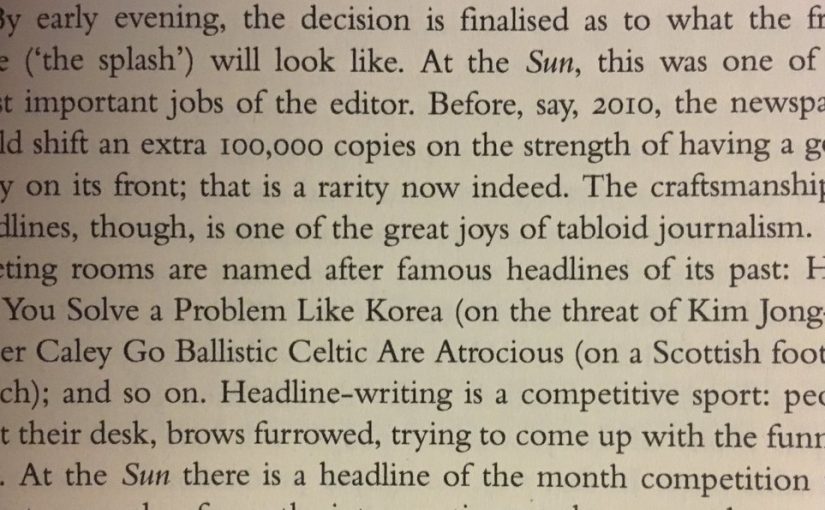 By early evening, the decision is finalised as to what the front page (“the splash”) will look like. At the Sun, this was one of the most important jobs of the editor. Before, say, 2010, the newspaper could shift an extra 100,000 copies on the strength of having a good story on its front; that is a rarity now indeed. The craftsmanship of headlines, though, is one of the great joys of tabloid journalism. Sun meeting rooms are named after famous headlines of its past: How Do You Solve a Problem Like Korea (on the threat of Kim Jong-Il); Super Caley Go Ballistic Celtic Are Atrrocious (on a Scottish football match); and so on. Headline-writing is a competitive sport: people sit at their desk, brows furrowed trying to come up with the funniest line. At the Sun there is a headline of the month competition too.

Excerpt from: How Britain Really Works: Understanding the Ideas and Institutions of a Nation by Stig Abell 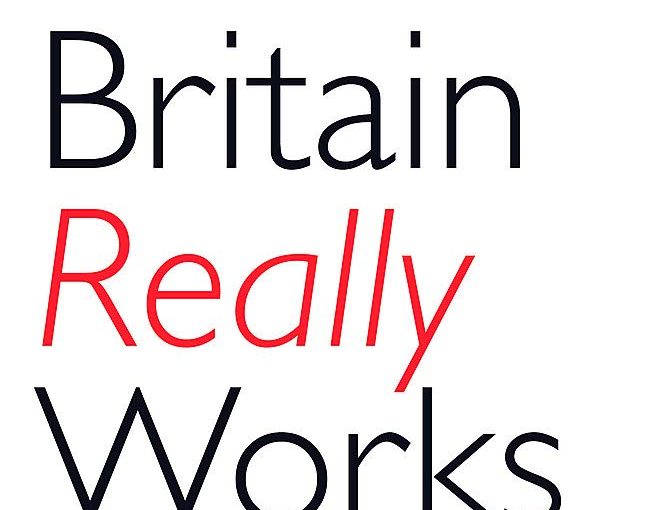