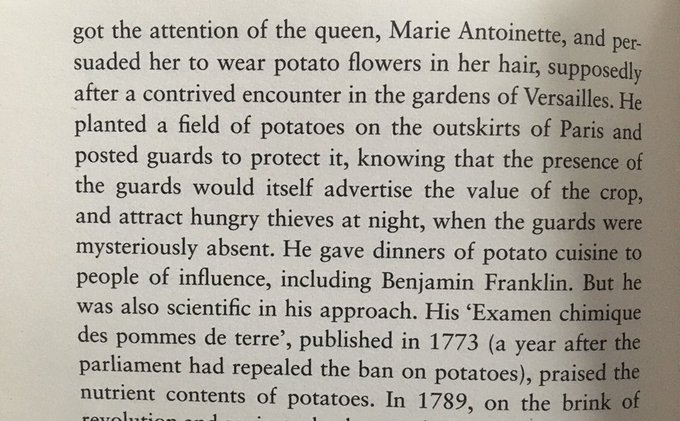 The demographic threat they thus posed. Here at last, late in the story, we get a glimpse of an individual as potato innovator, at least according to legend. Antoine-Augustin Parmentier was an apothecary working with the French army who rather carelessly managed to get himself captured no fewer than five times by the Prussians during the Seven Years War. They fed him on nothing but potatoes, and he was surprised to see himself growing plump and healthy on the diet. On his return to France in 1763 he devoted himself to proselytizing the benefits of the potato as the solution to France’s repeated famines. With grain prices high after poor harvests, he was pushing at an open door.

Parmentier was a bit of a showman and he devised a series of publicity stunts to get his message across. Hegot the attention of the queen, Marie Antoinette, and persuaded her to wear potato flowers in her hair, supposedly after a contrived encounter in the gardens of Versailles. He planted a field of potatoes on the outskirts of Paris and posted guards to protect it, knowing that the presence of the guards would itself advertise the value of the crop, and attract hungry thieves at night, when the guards were mysteriously absent. He gave dinners of potato cuisine to people of influence, including Benjamin Franklin. But he was also scientific in his approach. His ‘Examen chimique des pommes de terre’, published in 1773 (a year after the parliament had repealed the ban on potatoes), praised the nutrient contents of potatoes.

Excerpt from: How Innovation Works by Matt Ridley

Ideas are like rabbits. You get a couple and learn how to handle them, and pretty soon you have a dozen.

Excerpt from: How Innovation Works by Matt Ridley 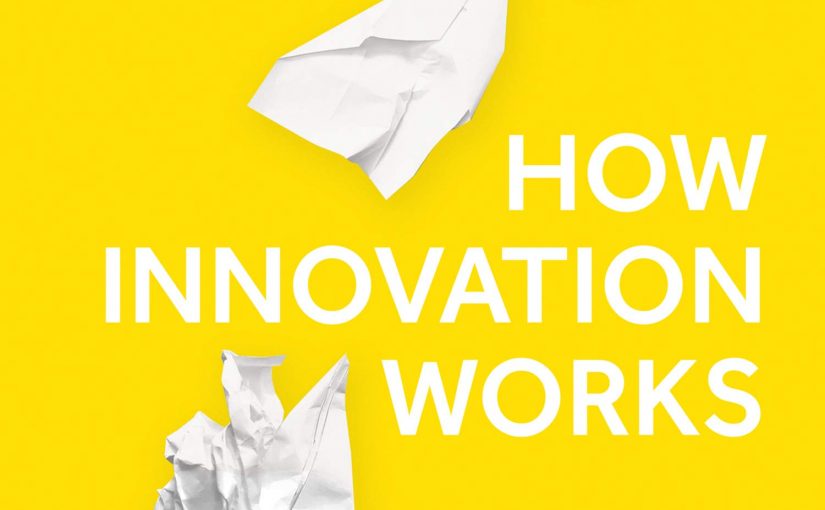