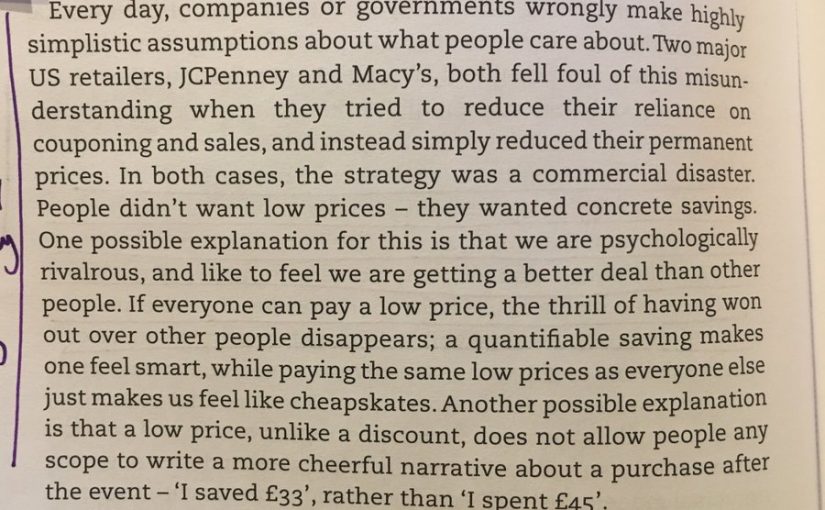 Every day, companies or governments wrongly make highly simplistic assumptions about what people care about. Two major US retailers, JCPenney and Macy’s, both fell foul of this misunderstanding when they tried to reduce their reliance on couponing and sales, and instead simply reduced their permanent prices. In both cases, the strategy was a commercial disaster. People didn’t want low prices – they wanted concrete savings. One possible explanation for this is that we are psychologically rivalrous, and we like to feel we are getting a better deal than other people. If everyone can pay a low price, the thrill of having won out over other people disappears; a quantifiable saving makes on feel smart, while paying the same low prices as everyone else just makes us feel like cheapskates. Another possible explanation is that a low price, unlike a discount, does not allow people any scope to write a more cheerful narrative about a purchase after the event – ‘I saved £33’, rather than ‘I spent £45’.