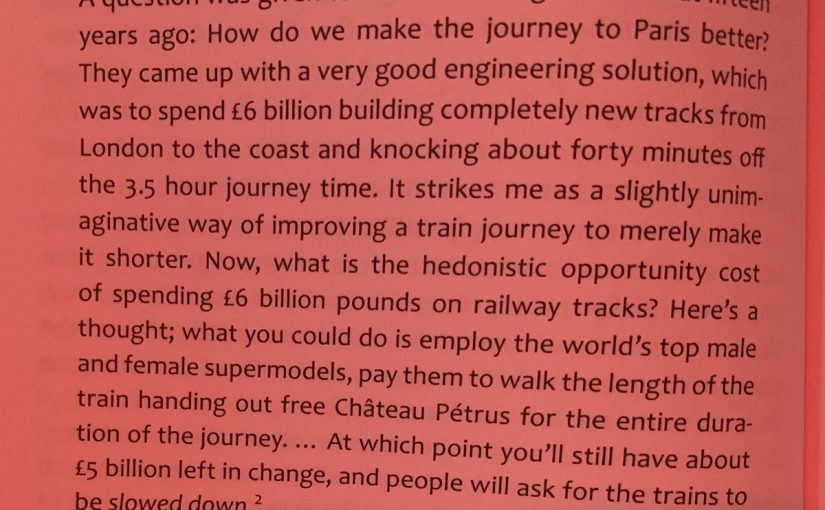 A question was given to a bunch of engineers about fifteen years ago: How do we make the journey to Paris better? They came up with a very good engineering solution, which was to spend £6 billion building completely new tracks from London to the coast and knocking about forty minutes off the 3.5 hour journey time. It strikes me as a slightly unimaginative way of improving a train journey to merely make it shorter. Now, what is the hedonistic opportunity cost of spending £6 billion pounds on railway tracks? Here’s a thought; what you could do is employ the world’s top male and female supermodels, pay them to walk the length of the train handing out free Château Pétrus for the entire duration of the journey. … At which point you’ll still have about £5 billion left in change, and people will ask for the trains to be slowed down.

Excerpt from: Transport for Humans: Are We Nearly There Yet? by Pete Dyson and Rory Sutherland 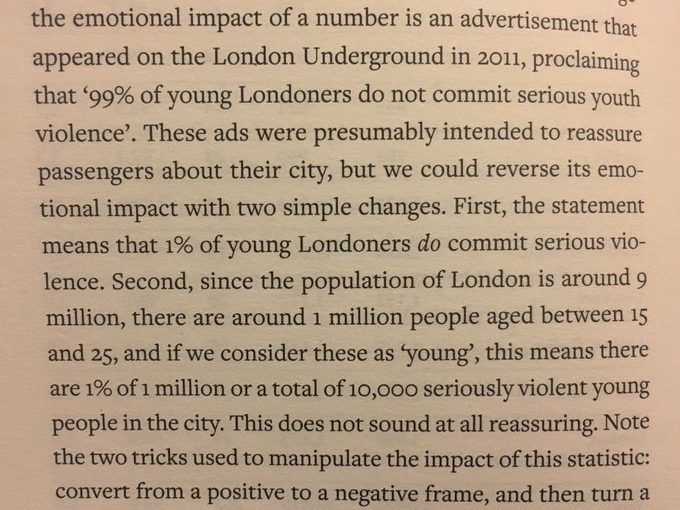 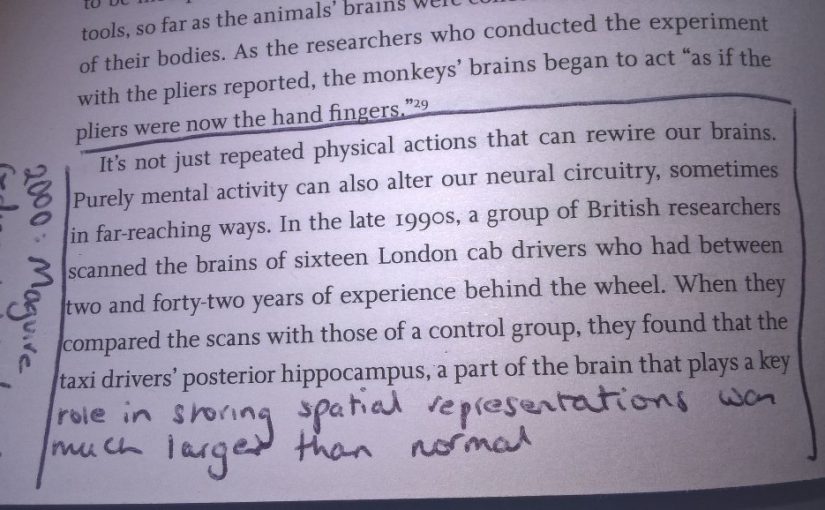 It’s not just repeated physical actions that can rewire our brains. Purely mental activity can also alter our neural circuitry, sometimes in far-reaching ways. In the late 1990s, a group of British researchers scanned the brains of sixteen London cab drivers who had between two and forty-two years of experience behind the wheel. When they compared the scans with those of a control group, they found that the taxi drivers’ posterior hippocampus, a part of the brain that plays a key role in storing spatial representation won much larger than normal.

Excerpt from: The Shallows: How the internet is changing the way we think, read and remember by Nicholas Carr