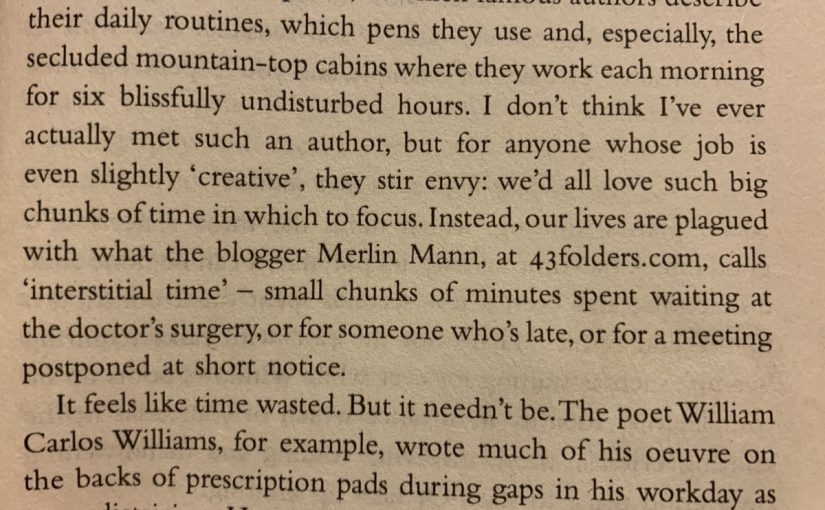 There’s a popular subgenre of books about writing known informally as ‘writer porn’, in which famous authors describe their daily routines, which pens they use and, especially, the secluded mountain-top cabins where they work each morning for six blissfully undisturbed hours. I don’t think I’ve ever actually met such an author, but for anyone whose job is even slightly ‘creative’, they stir envy: we’d all love such big chunks of time in which to focus. Instead, our lives are plagued with what the blogger Merlin Mann, at 43folders.com, calls ‘interstitial time’ – small chunks of minutes spent waiting at the doctor’s surgery, or for someone who’s late, or for a meeting postponed at short notice.

It feels like time wasted. But it needn’t be. The poet William Carlos Williams, for example, wrote much of his oeuvre on the backs of prescription pads during gaps in his workday as a paediatrician.