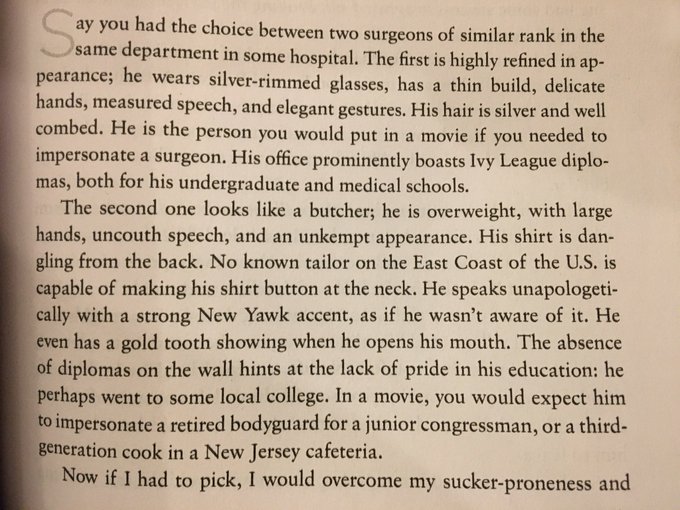 Say you had the choice between two surgeons of similar rank in the same department in some hospital. The first is highly refined in appearance; he wears silver-rimmed glasses, has a thin build, delicate hands, measured speech, and elegant gestures. His hair is silver and well combed. He is the person you would put in a movie if you needed to impersonate a surgeon. His office prominently boasts Ivy League diplomas, both for his undergraduate and medical schools.

The second one looks like a butcher; he is overweight, with large hands, uncouth speech, and an unkempt appearance. His shirt is dangling from the back. No known tailor on the East Coast of the U.S. is capable of making his shirt button at the neck. He speaks unapologetically with a strong New Yawk accent, as if he wasn’t aware of it. He even has a gold tooth showing when he opens his mouth. The absence of diplomas on the wall hints at the lack of pride in his education: he perhaps went to some local college. In a movie, you would expect him to impersonate a retired bodyguard for a junior congressman, or a third generation cook in a New Jersey cafeteria.

Now if I had to pick, I would overcome my sucker-proneness and take the butcher any minute. Even more: I would seek the butcher as a third option if my choice was between two doctors who looked like doctors. Why? Simply the one who doesn’t look the part, conditional on having made a (sort of) successful career in his profession, had to have much to overcome in terms of perception. And if we are lucky enough to have people who do not look the part, it is thanks to the presence of some skin in the game, the contact with reality that filters out incompetence, as reality is blind to looks. 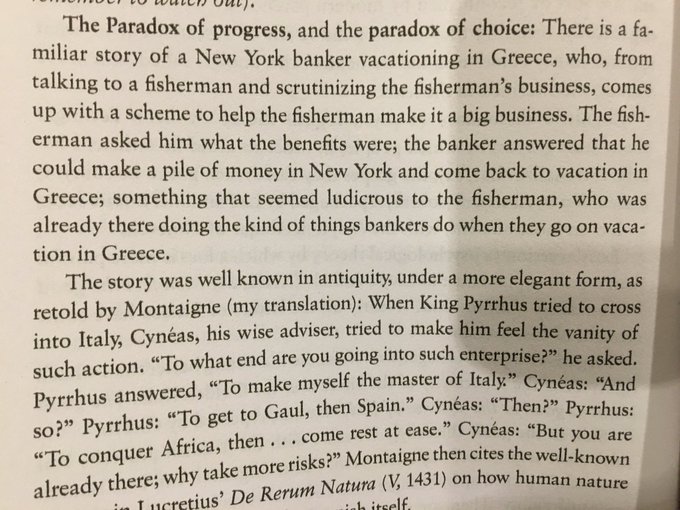 The Paradox of progress, and the paradox of choice: There is a familiar story of a New York banker vacationing in Greece, who, from talking to a fisherman and scrutinizing the fisherman’s business, comes up with a scheme to help the fisherman make it a big business. The fisherman asked him what the benefits were; the banker answered that he could make a pile of money in New York and come back to vacation in Greece; something that seemed ludicrous to the fisherman, who was already there doing the kind of things bankers do when they go on vacation in Greece.

The story was well known in antiquity, under a more elegant form, as retold by Montaigne (my translation): When King Pyrrhus tried to cross into Italy, Cynéas, his wise adviser, tried to make him feel the vanity of such action. “To what end are you going into such enterprise?” he asked. And Pyrrhus answered, “To make myself the master of Italy.” Cynéas: “Then ?” Pyrrhus: To conquer Africa, then … come rest at ease.” Cynéas: But you are already there; why take more risks?” 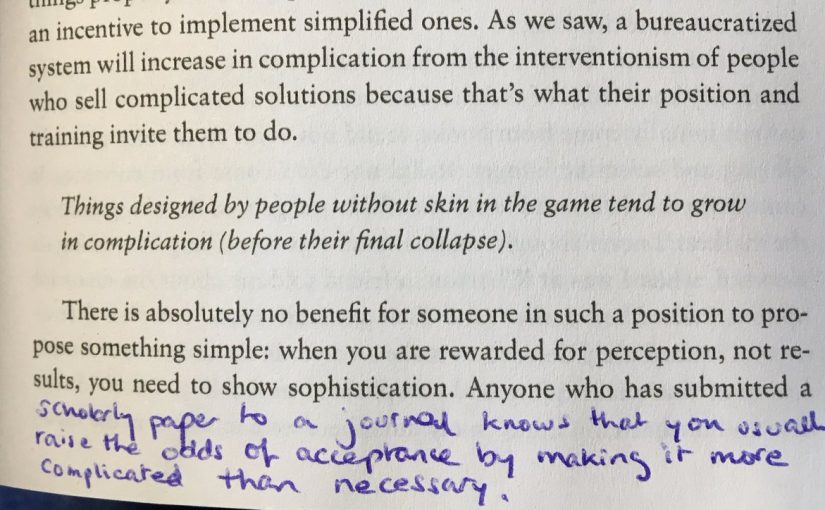 As we saw, a bureaucratized system will increase in complication from the interventionism of people who sell complicated solutions because that’s what their position and training invite them to do.

Things designed by people without skin in the game tend to grow in complication (before their final collapse).

There is absolutely no benefit for someone in such a position to propose something simple: when you are rewarded for perception, not results, you need to show sophistication. Anyone who has submitted a Scholarly paper to a journal knows that you usually raise the odds of acceptance by making it more complicated than necessary. 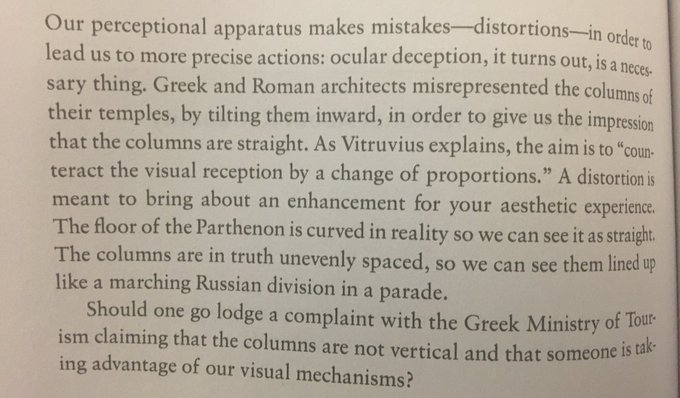 Our perceptional apparatus makes mistakes-distortions—in order lead us to more precise actions: ocular deception, it turns out, is a necessary thing. Greek and Roman architects misrepresented the columns of their temples, by tilting them inward, in order to give us the impression that the columns are straight. As Vitruvius explains, the aim is to “counteract the visual reception by a change of proportions.” A distortion is meant to bring about an enhancement for your aesthetic experience. The floor of the Parthenon is curved in reality so we can see it as straight. The columns are in truth unevenly spaced, so we can see them lined up like a marching Russian division in a parade.

Should one go lodge a complaint with the Greek Ministry of tourism claiming that the columns are not vertical and that someone is taking advantage of our visual mechanisms? 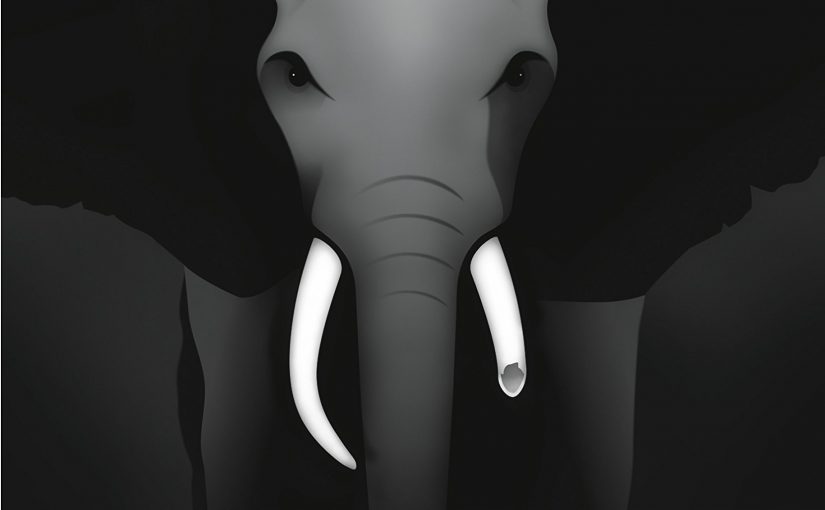