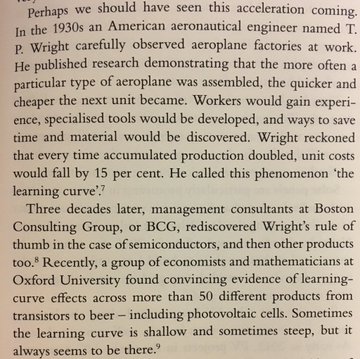 Perhaps we should have seen this acceleration coming. In the 1930s an American aeronautical engineer named T. P Wright carefully observed aeroplane factories at work. He published research demonstrating that the more often a particular type of aeroplane was assembled, the quicker and cheaper the next unit became. Workers would gain experience, specialised tools would be developed, and ways to save time and material would be discovered. Wright reckoned that every time accumulated production doubled, unit costs would fall by 15 per cent. He called this phenomenon ‘the learning curve’.

Three decades later, management consultants at Boston Consulting Group, or BCG, rediscovered Wright’s rule of thumb in the case of semiconductors, and then other products too. Recently, a group of economists and mathematicians at Oxford University found convincing evidence of learning curve effects across more than 50 different products from transistors to beer – including photovoltaic cells. Sometimes the learning curve is shallow and sometimes steep, but it always seems to be there.

Excerpt from: The Next Fifty Things that Made the Modern Economy by Tim Harford 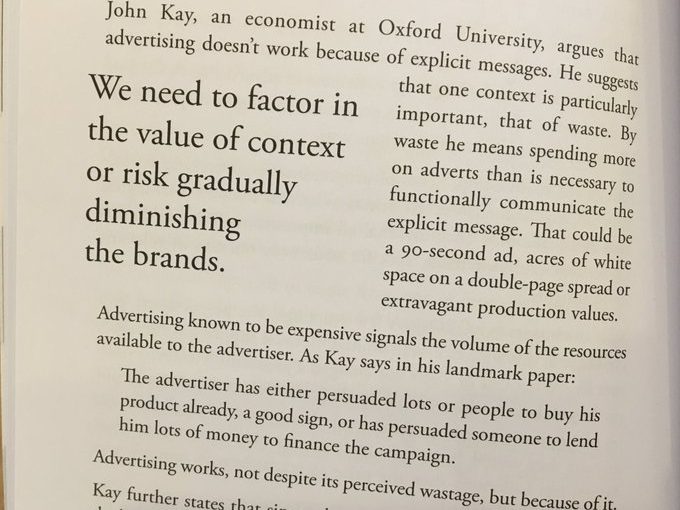 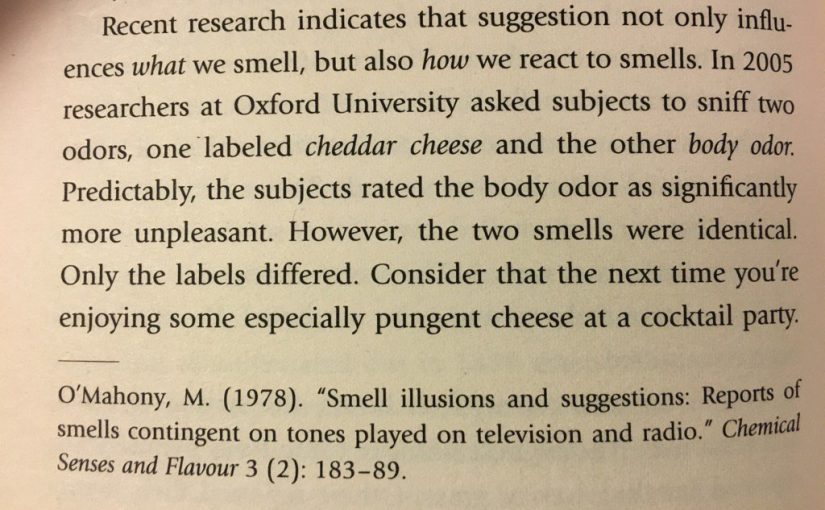 Recent research indicates that suggestion not only influences what we smell, but also how we react to smells. In 2005 researchers at Oxford University asked subjects to sniff two odors, one labeled cheddar cheese and the other body odor. Predictably, the subjects rated the body odor as significantly more unpleasant. However, the two smells were identical. Only the labels differed. Consider that the next time you’re enjoying some especially pungent cheese at a cocktail party.

Excerpt from: Elephants on Acid and other bizarre experiments by Alex Boese