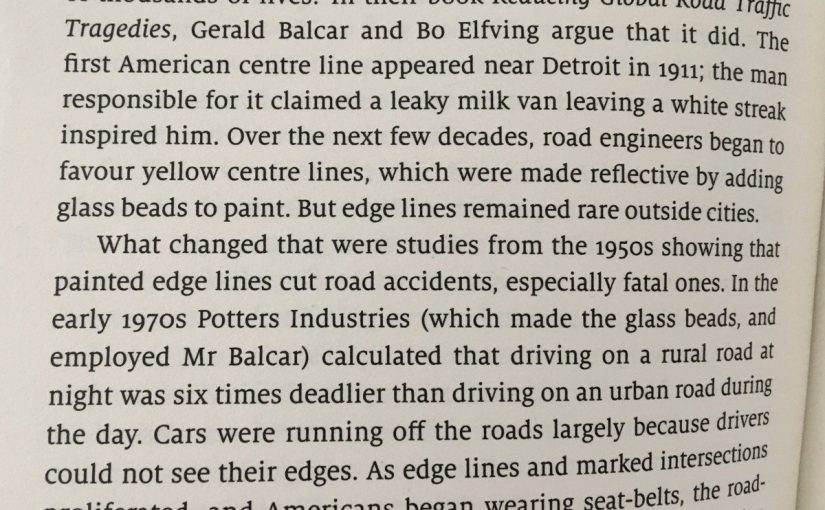 Did the simple act of painting lines on roads save hundreds of thousands of lives? In their book Reducing Global Road Traffic Tragedies, Gerald Balcar and Bo Elfving argue that it did. The first American centre line appeared near Detroit in 1911; the man responsible for it claimed a leaky milk van leaving a white streak inspired him. Over the next few decades, road engineers began to favour yellow centre lines, which were made reflective by adding glass beads to paint. But edge lines remained rare outside cities.

What changed that were studies from the 195os showing that painted edge lines cut road accidents, especially fatal ones. In the early 1970s Potters Industries (which made the glass beads, and employed Mr Balcar) calculated that driving on a rural road at night was six times deadlier than driving on an urban road during the day. Cars were running off the roads largely because drivers could not see their edges. As edge lines and marked intersections proliferated, and Americans began wearing seat-belts, the takes death rate began to fall.