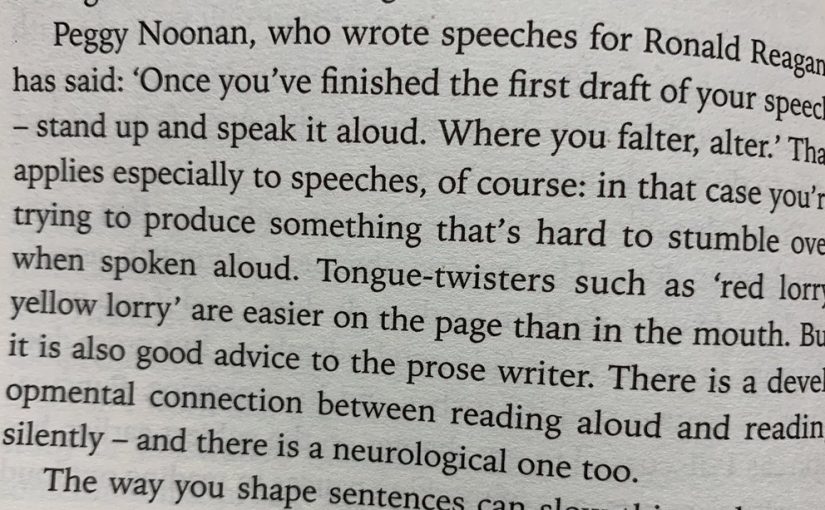 Peggy Noonan, who wrote speeches for Ronald Reagan has said: ‘Once you’ve finished the first draft of your speech – stand up and speak it aloud. Where you falter, alter.’ That applies especially to speeches, of course: in that case you’re trying to produce something that’s hard to stumble over when spoken aloud. Tongue-twisters such as ‘red lorry, yellow lorry’ are easier on the page than in the mouth. But it is also good advice to the prose writer. There is a developmental connection between reading aloud and reading silently – and there is a neurological one too.

Excerpt from: Write to the Point: How to be Clear, Correct and Persuasive on the Page by Sam Leith 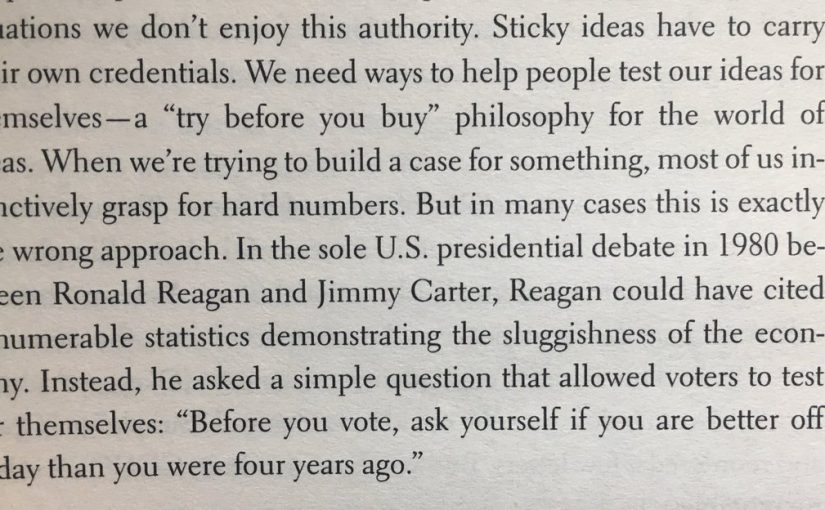 Sticky ideas have to carry their own credentials. We need ways to help people test our ideas for themselves — a “try before you buy” philosophy for the world of ideas. When we’re trying to build a case for something, most of us instinctively grasp for hard numbers. But in many cases this is exactly the wrong approach. In the sole U.S presidential debate in 1980 between Ronald Reagan and Jimmy Carter, Reagan could have cited innumerable statistics demonstrating the sluggishness of the economy. Instead, he asked a simple question that allowed voters to test for themselves: “Before you vote, ask yourself if you are better off today than you were four years ago.” 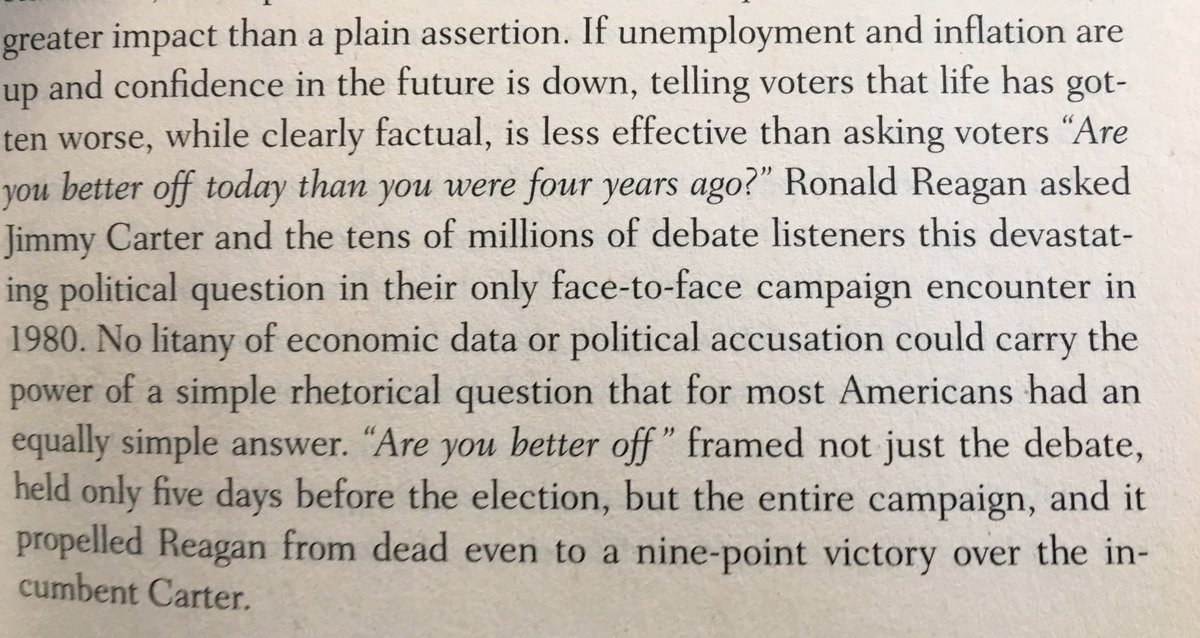 If unemployment and inflation are up and confidence in the future is down, telling voters that life has gotten worse, while clearly factual, is less effective than asking voters “Are you better off today than you were four years ago?” Ronald Reagan asked Jimmy Carter and the tens of millions of debate listeners this devastating political question in their only face-to-face campaign encounter in 1980. No litany of economic data or political accusation could carry the power of a simple rhetorical question that for most Americans has an equally simple answer. “Are you better off” framed not just the debate, held only five days before the election, but the entire campaign, and it propelled Reagan from a dead even to ta nine-point victory over the incumbent Carter.