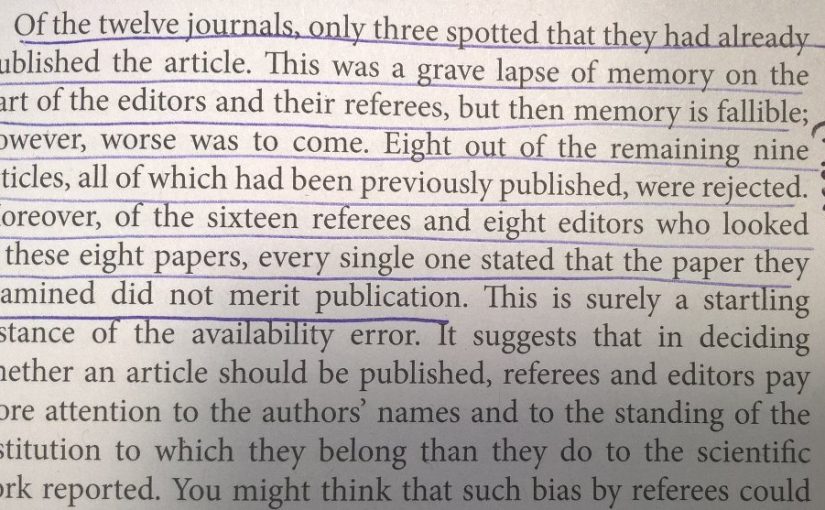 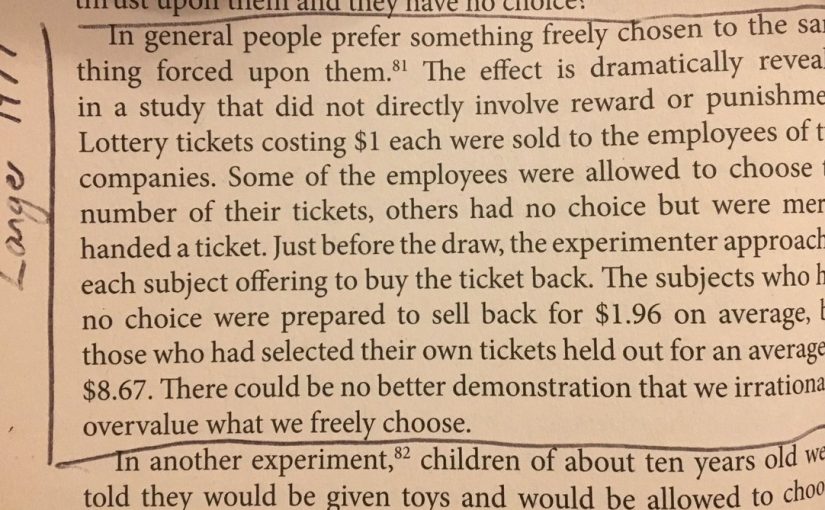 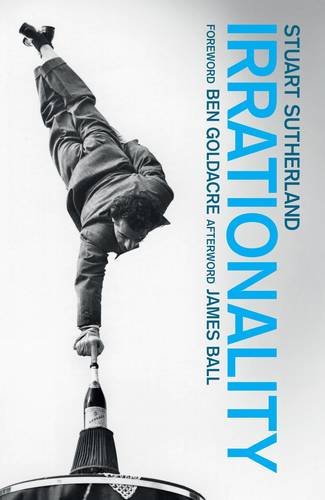 I give a final striking example, this time to do with publishers. In 1969, Jerzy Kosinsky’s novel Steps won the American National Book Award for fiction. Eight years later some joker had it retyped and sent the manuscript with no title under a false name to fourteen major publishers and thirteen literary agents in the US including Random House, the firm who originally published it. Of the 27 people to whom it was submitted no one recognised it had been published and all 27 rejected it.

Except from: Irrationality by Stuart Sutherland 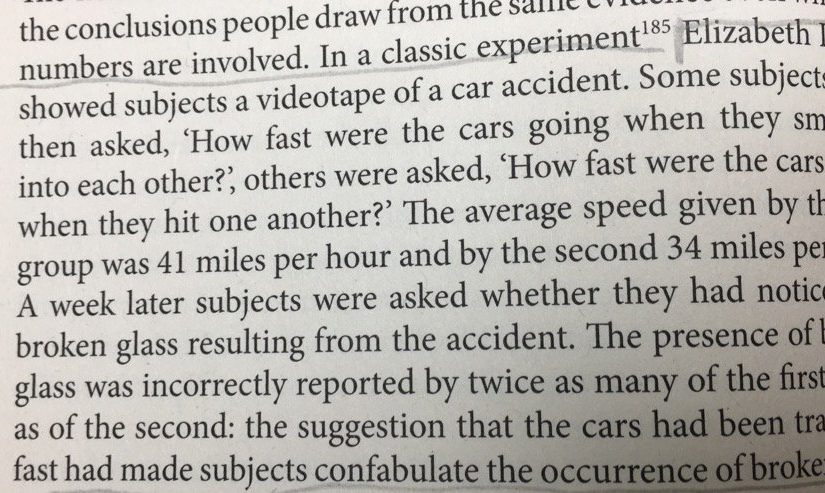 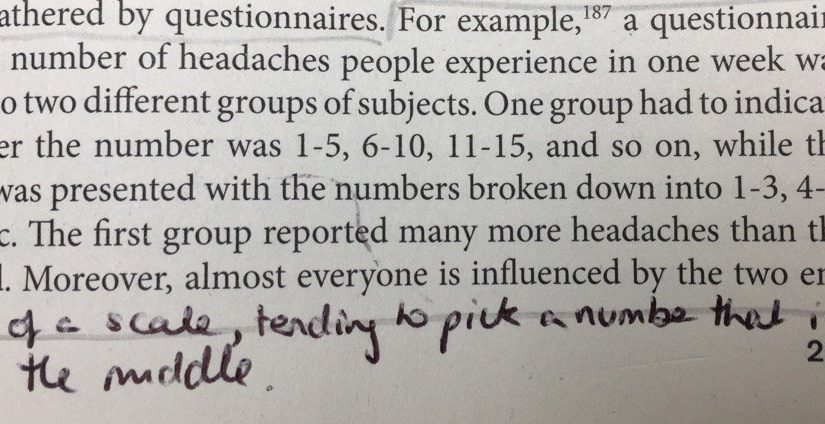 For example, a questionnaire on the number of headaches people experience in one week was given to two different groups of subjects. One group had to indicate whether the number was 1-5, 6-10, 11-15, and so on, while the other was presented with the numbers broken down into 1-3, 4-6, 7-9, etc. The first group reported many more headaches than the second. Moreover, almost everyone is influenced by the two end points of a scale, tending to pick a number that is near the middle. 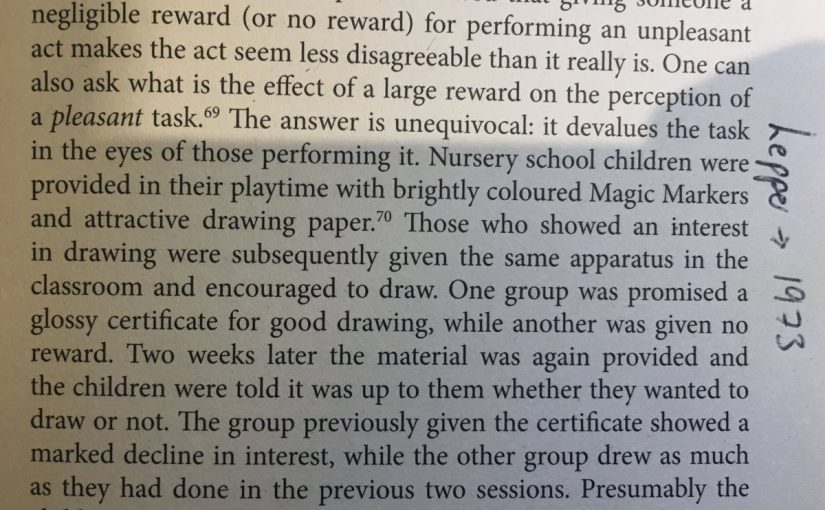 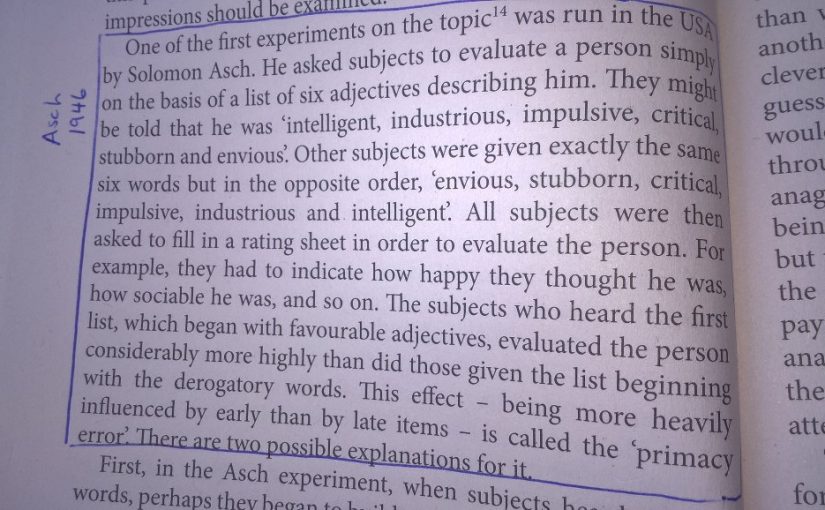 One of the first experiments on the topic was run in the USA by Solomon Asch. He asked subjects to evaluate a person simply on the basis of a list of six adjectives describing him. They might be told that he was ‘intelligent, industrious, impulsive critic, stubborn and envious’. Other subjects were given exactly the same six words but in the opposite order, ‘envious, stubborn, critical, impulsive, industrious and intelligent’. All subjects were then I asked to fill in a rating sheet in order to evaluate the person. For example, they had to indicate how happy they thought he was, how sociable he was, and so on. The subjects who heard the first list, which began with favourable adjectives evaluated the person considerably more highly than did those given the list beginning with the derogatory words. This effect – being more heavily influenced by early than by late item – is called the ‘primacy error’.