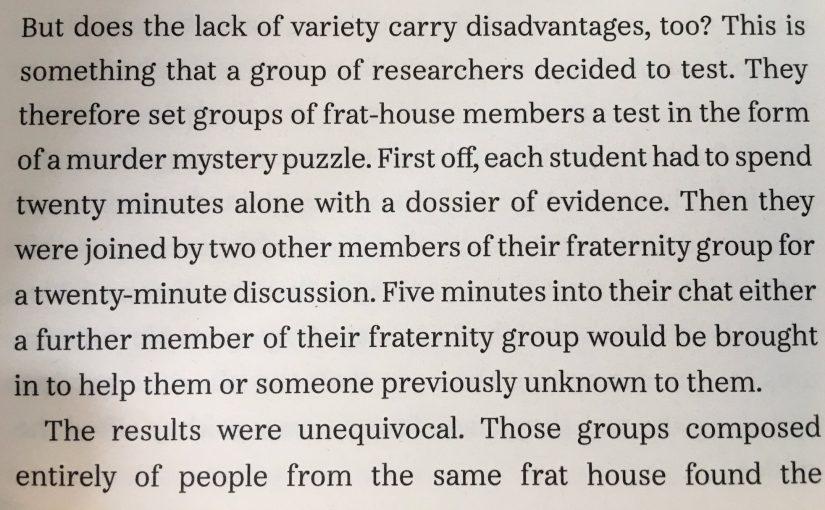 But does the lack of variety carry disadvantages, too? This is something that a group of researchers decided to test. They therefore set groups of frat-house members a test in the form of a murder mystery puzzle. First off, each student had to spend twenty minutes alone with a dossier of evidence. Then they were joined by two other member of their fraternity group for a twenty-minute discussion. Five minutes into their chat either a further member of their fraternity group would be brought in to help them or someone previously unknown to them.

The results were unequivocal. Those groups composed entirely of people from the same frat house found the experience far more enjoyable than those who had been joined by an outsider. They were also more confident and much more happier about the conclusion they finally came to. There was just one snag. Whereas the groups with the interloper got the answer correct 60 per cent of the time, for the homogeneous groups the figure was just 29 per cent – they were half as successful

And this shows one of the challenges of group diversity. It doesn’t always feel easy. It seems so much more straightforward for us to have team members around who adhere to whatever it happens to be the we think constitutes the ‘norm’. Yet this is dangerous. The fact is that it’s the inclusion of a different perspective that will militate against the lazy groupthink we’re so often guilty of.

Excerpt from: The Joy of Work: The No.1 Sunday Times Business Bestseller – 30 Ways to Fix Your Work Culture and Fall in Love with Your Job Again by Bruce Daisley 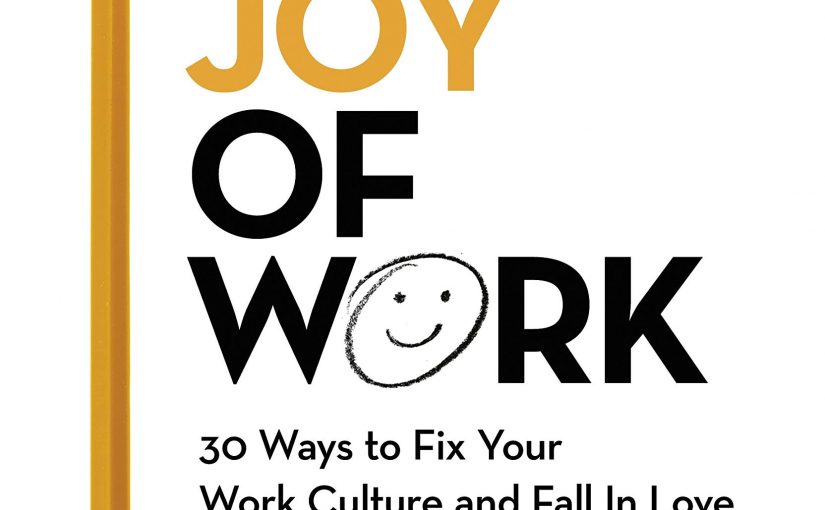