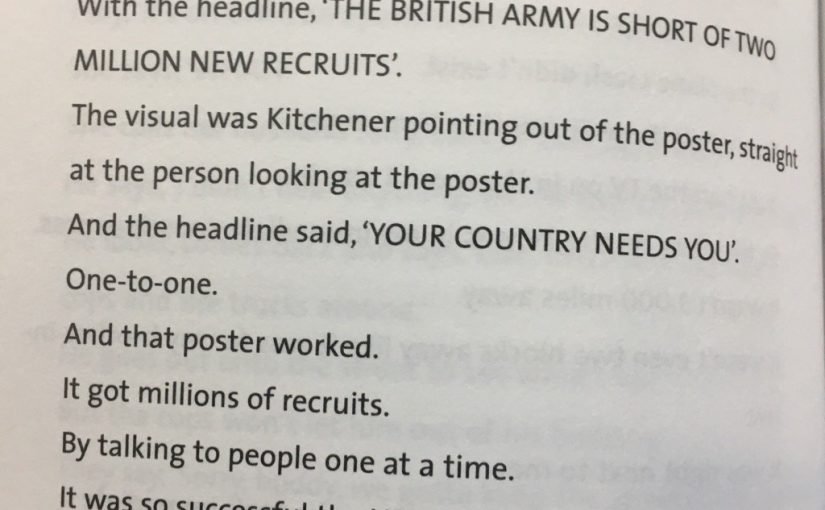 So they ran a recruitment poster.

But the visual didn’t show massed ranks of soldiers.

With the headline, ‘THE BRITISH ARMY IS SHORT OF TWO MILLION NEW RECRUITS’.

The visual was Kitchener pointing out of the poster, straight at the person looking at the poster.

And the headline said, ‘YOUR COUNTRY NEEDS YOU’.

And that poster worked.

It got millions of recruits.

By talking to people one at a time.

It was so successful the USA copied it a few years later with a picture of Uncle Sam and the same headline.

And it recruited millions of men there, too.