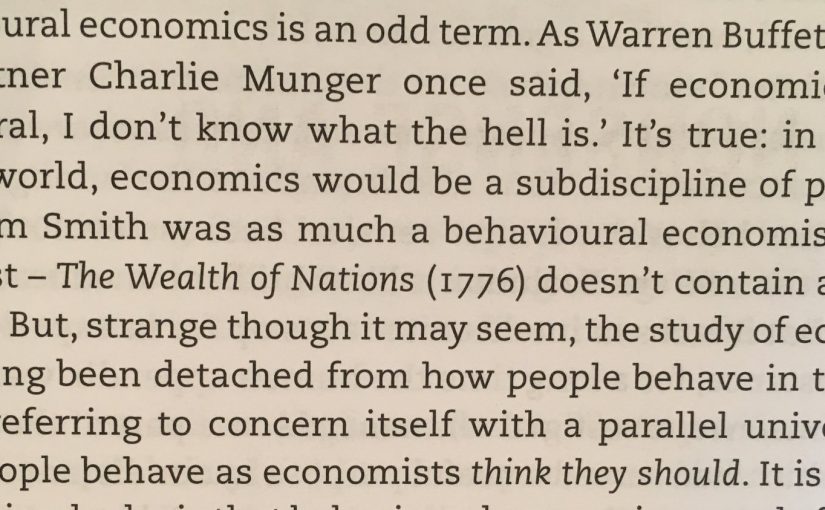 Behavioural economics is an odd term. As Warren Buffett’s business partner Charlie Munger once said, ‘If economics isn’t behavioural, I don’t know what the hell is.’ It’s true: in a more sensible world, economics would be a sub-discipline of psychology. Adam Smith was as much a behavioural economist as an economist – The Wealth of Nations (1776) doesn’t contain a single equation. But, strange though it may seem, the study of economics has long been detached from how people behave in the real world, preferring to concern itself with a parallel universe in which people behave as economists think they should.